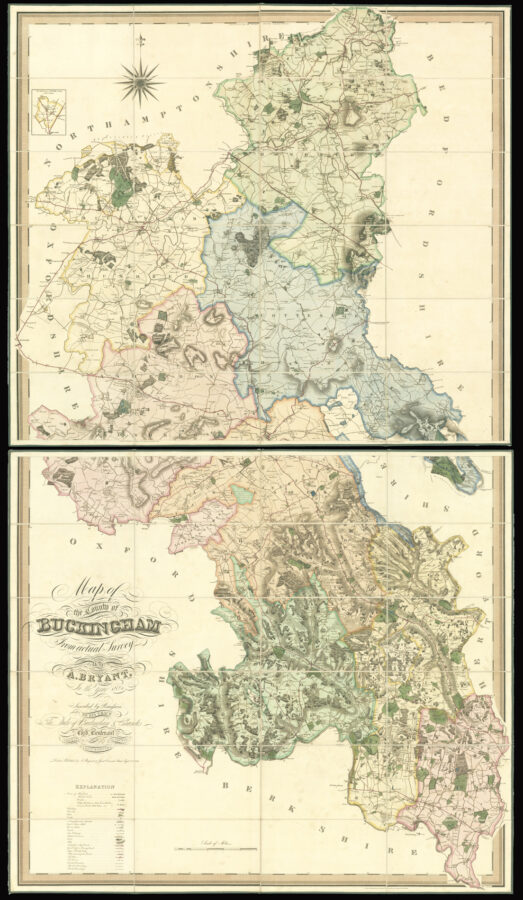 Map of the County of Buckinghamshire from actual survey by A. Bryant, in the Year 1824. Inscribed by Permission to his Grace The Duke of Buckingham & Chandos Lord Lieutenant, and to the Nobility, Clergy & Gentry of the County.