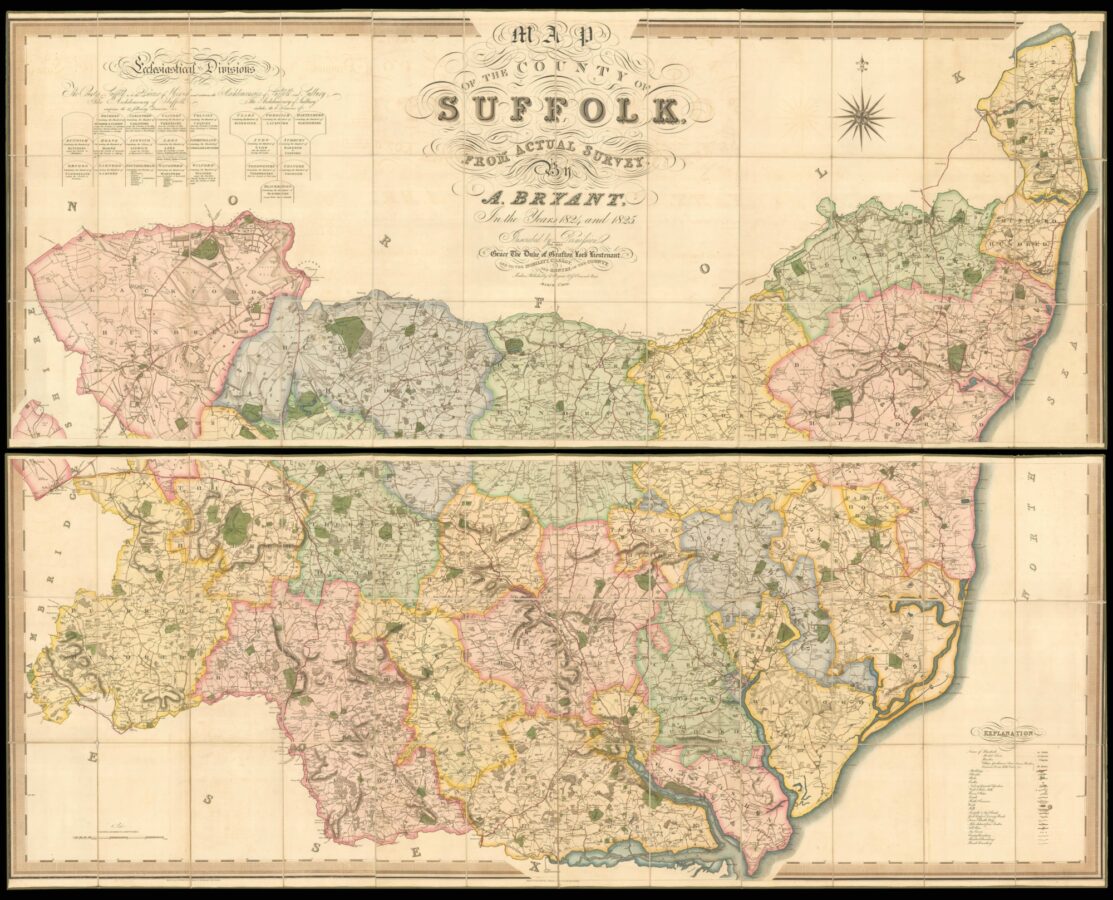 Map of the County of Suffolk from an actual Survey made A. Bryant, in the Years 1824 and 1825. Inscribed by Permission, to His Grace The Duke of Grafton Lord Lieutenant, and to the Nobility, Clergy, and Gentry, of the County. 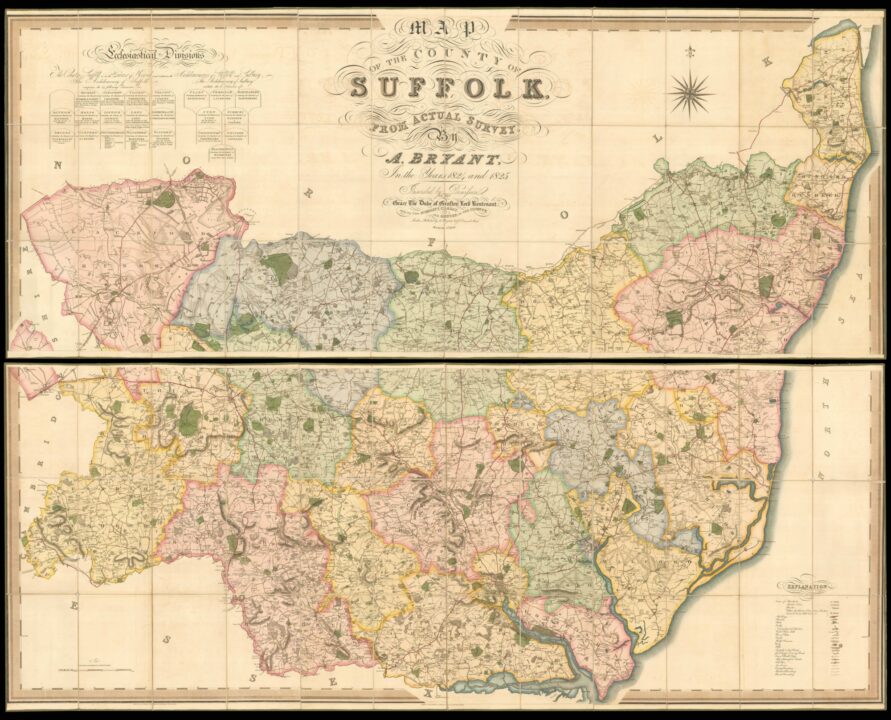