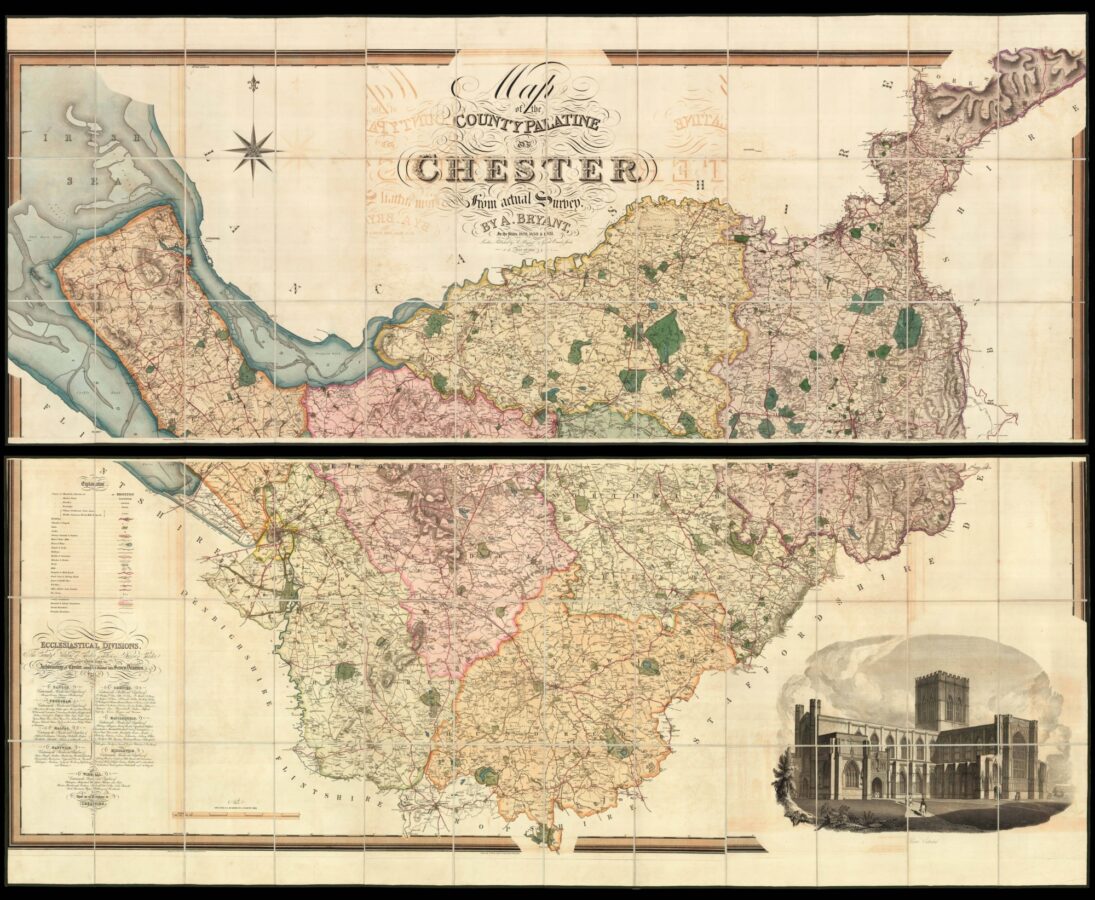 Between 1822 and 1835 Andrew Bryant surveyed thirteen English counties, much in the manner of the Greenwood brothers, though without the latters’ extreme detail. With their swash lettering, vignette views and meticulous engraving there was a great similarity about their respective output. Of the six counties covered by both cartographers, in five instances they were both working in the field at the same time, even with the much talked about animosity between the Greenwoods and Bryant, it is most likely that they shared information. The map, like the Greenwoods’, is very detailed, and shows boundaries of the counties, hundreds and parishes, churches and chapels, castles and quarries, farmhouses and gentlemen’s seats, heaths and common land, woods, parliamentary representatives, and distances between towns. To the bottom right of the map is a fine engraving of Chester Cathedral. The map is on a scale of 1 1/4 inches to the mile. The maps by Bryant are appreciably scarcer than those of the Greenwoods.