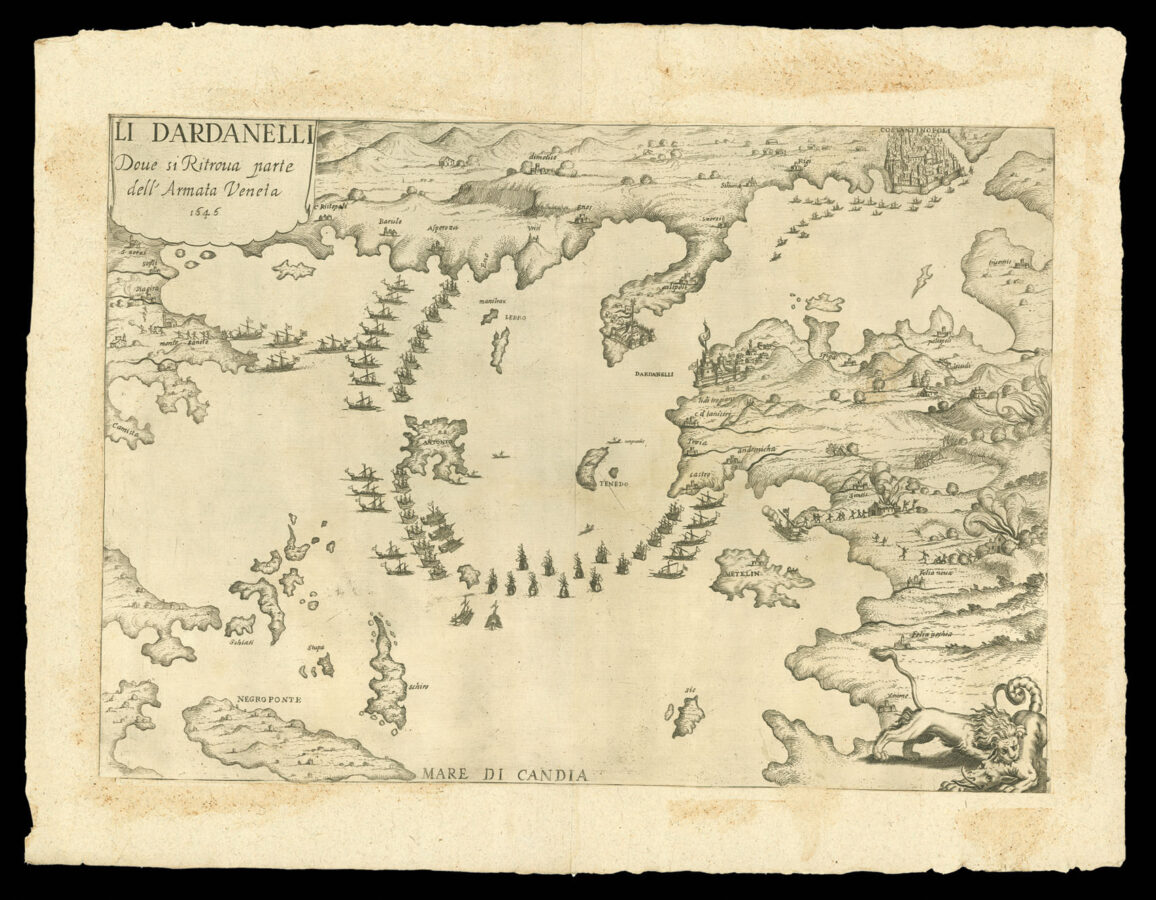 Unusual map relating to fighting between the Turks and Venetian Republic. In September 1644 a group of Maltese pirates, who had been preying on Turkish shipping, took shelter in a storm in a harbour on the Venetian island of Crete. Using this as a pretext, the Turks invaded Crete, over-running the whole island but for the fortress city of Heraklion.

This plate appears to depict a Venetian fleet blockading the mouth of the Dardanelles, in an attempt to win control of the sea, and cut the Turkish army from its supply routes. It may relate to the naval victory of 1646, when a Venetian squadron defeated a Turkish force off the Negroponte, but it was only later that the Venetians formulated a plan to blockade the Dardanelles.

The first recorded attempt was made by Luigi Leonardo Mocenigo in 1654; the strategy miscarried; while able to raid the coastal regions (as depicted in this map), the Venetians were unable to defeat the Turks in battle and were forced to abandon the attempt. Subsequent attempts, in 1655, 1656 and 1657, while militarily more successful, also failed to disrupt supplies.