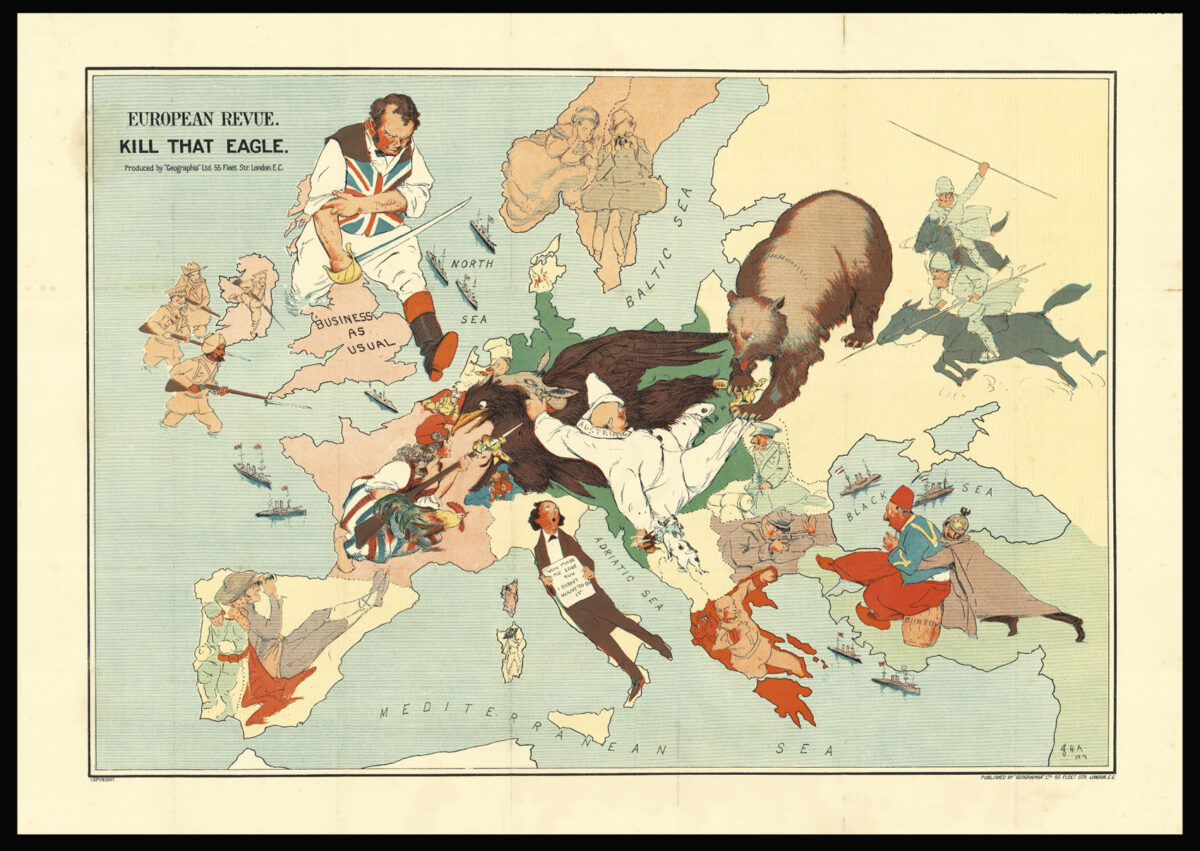 Britain rolls up its sleeves ready for the fight

Great Britain is personified by John Bull rolling up his sleeves and brandishing a cutlass; troops from Canada, Australia, India and Ireland are shown to his left, with the phrase ​“Business as Usual” written across England. To the continent Germany is represented as a swooping eagle, whose talon has grasped the French Marianne’s bayonet. Austria the clown has been knocked off his ass by the German eagle, his right hand is being stung by a Bosnian bee, and bitten by a Serbian dog, whilst the Russian Bear, aided by some charging cossacks, grabs the clown’s right foot and a German talon. The rest of the Balkans and Greece get ready to fight a reluctant Ottoman Empire, who is being pushed into war by an eager Germany. Spain and Scandinavia look on, whilst Italy sings a popular song ​“You made me love you. I didn’t want to do it”, in reference to her involvement in the Triple Alliance with Austria and Germany. At the time of the map she was neutral; a year later she would side with Britain, France, and Russia against their pre-war allies.

John Henry Amschewitz (1882–1942) an English painter, draftsman and caricaturist who worked in both England and South Africa. 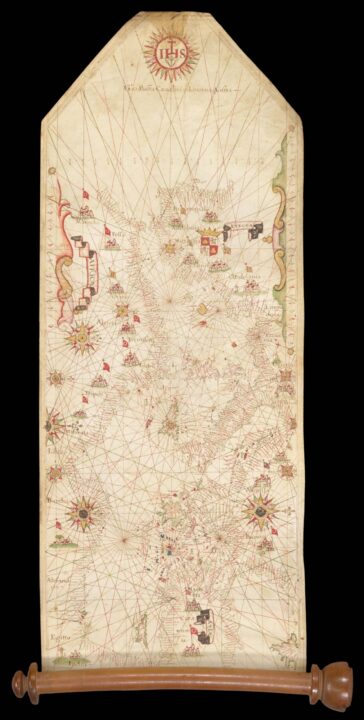