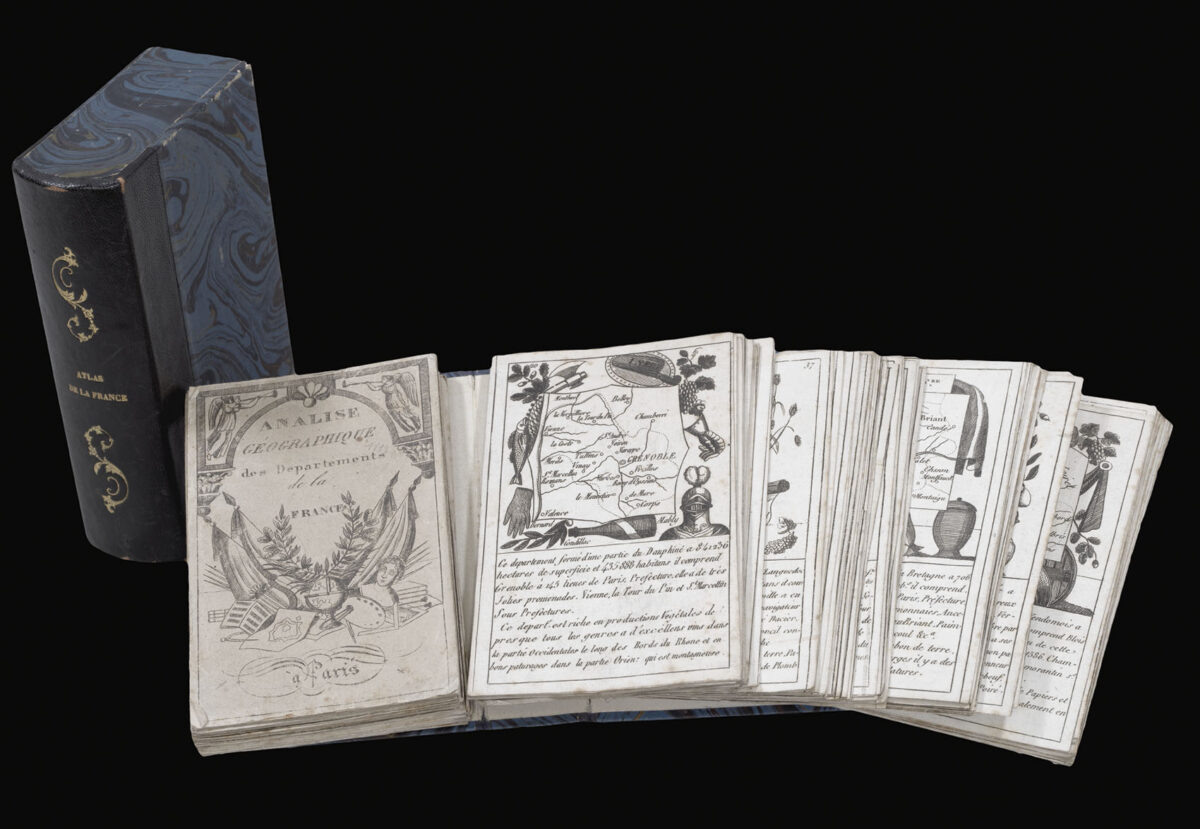 The third edition of Bourrut-Le Merie’s rare set of cards of the French Departments.

First published in around 1820, work consists of four numbered cards (I‑IV): title, advertisement, the information contained on each card, and index; and 86 numbered cards of each department. Each card provdes information on the size of the department, number of inhabitants, major cities and towns, prefectures, and regional produce. The maps are derived from the work of Aristide M. Perrot, who’s maps where first published in 1821.

For the second edition Bourrut-Le Merie printed new plates: ​“The numbering of the cards is slightly different, with just the figures 1–86 at top left. The revised maps are now of various shapes and sizes and are surrounded with pretty little illustrations which often include the names of famous sons. Although they have been moved around, these are instantly recognizable as derived from the decorative vignettes of Aristide M. Perrot. The map titles now consist of just the name of the department.” (King)

The present set are an example of the third edition, the maps are exactly the same as the second edition, but with the title card now without publisher or edition line.

Bourrut-Lemerie was a author and publisher of both playing cards and educational cards, active in Paris in the early nineteenth century.

Rare: Worldcat records only one institutional example in Stanford University. 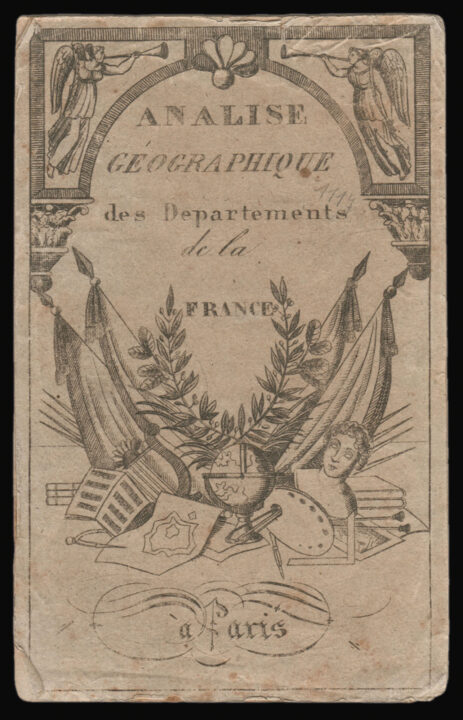 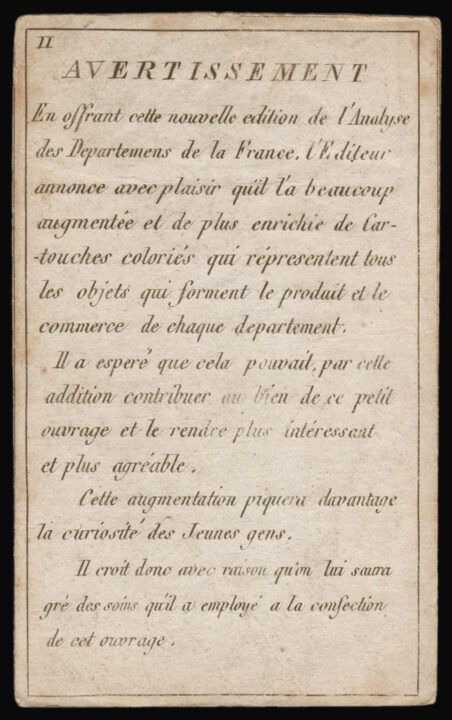 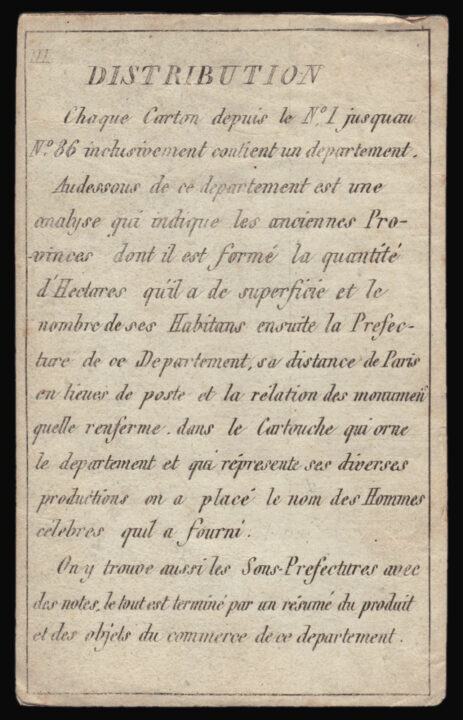 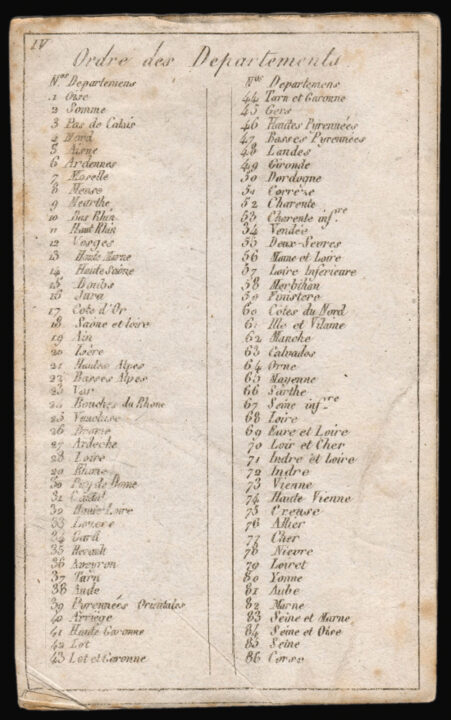 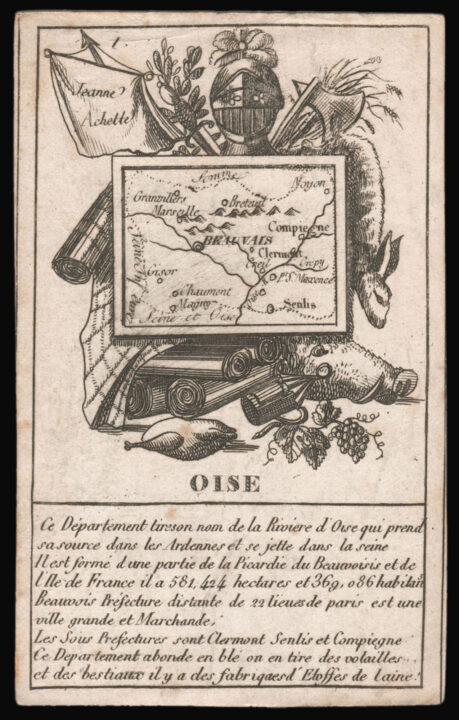 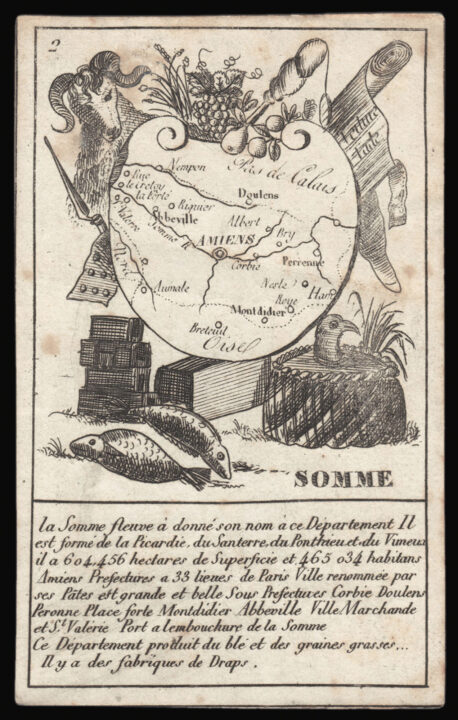 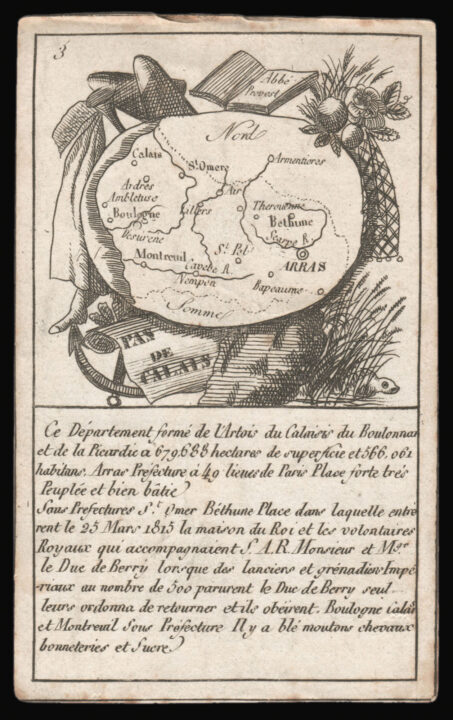