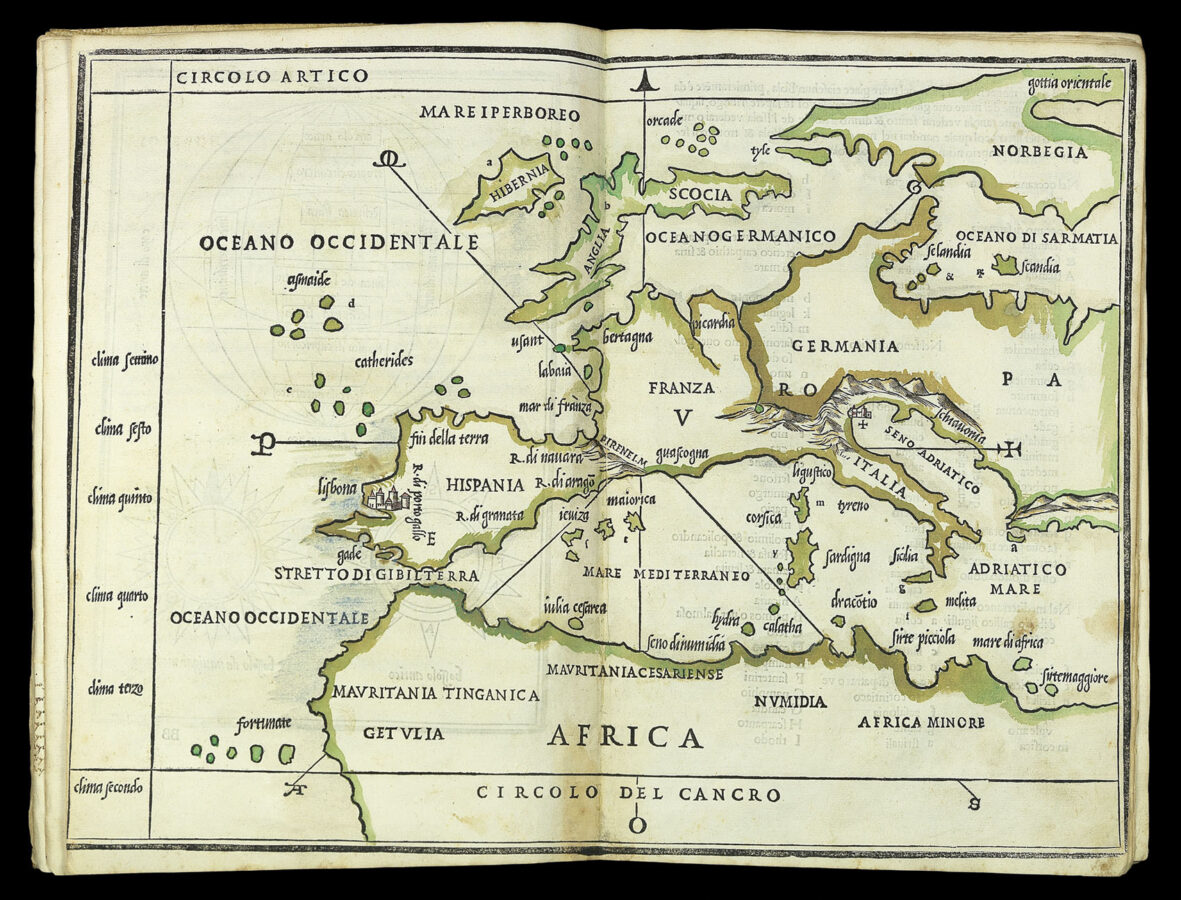 Bordone’s map of western Europe and north Africa after Ptolemy.