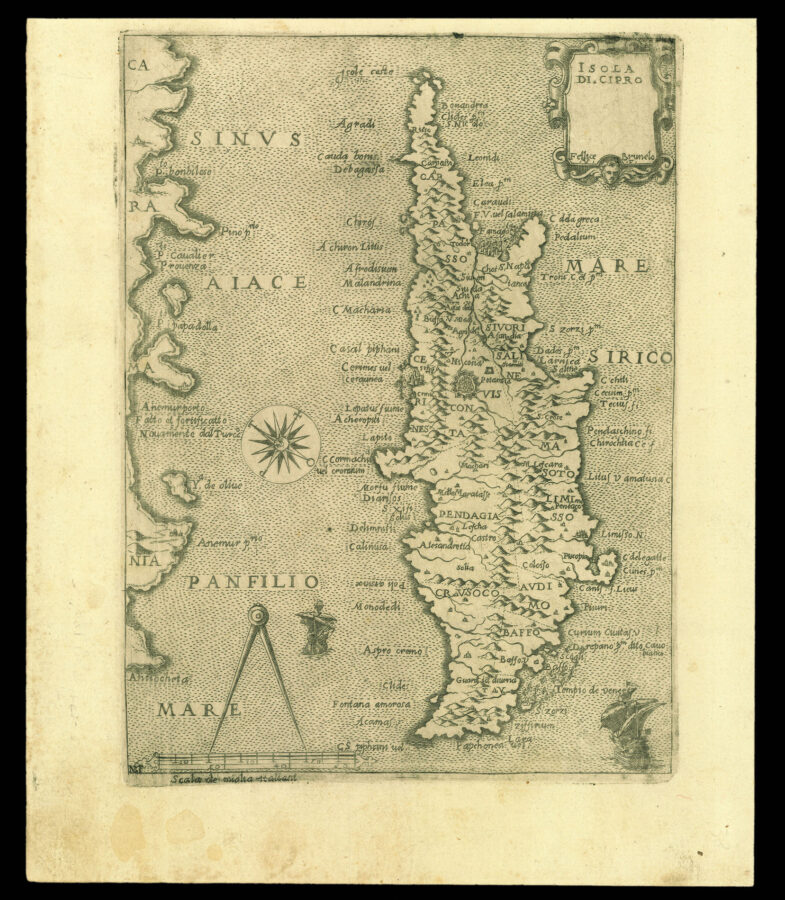 This map of Cyprus was printed as a single sheet by Natale Bonifacio, whose monogram appears at the bottom left. The cartography is attributed to a Venetian mapmaker, Felice Brunello, about whom very little is known. Although it is undated, Bonifacio published a series of maps showing Aegean and Ionian islands from 1567 to 1568, indicating that this map was published around then.

Natale Bonifacio (1537–1592) was a Dalmatian engraver, publisher and cosmographer, who worked in Venice from c.1570–74 and then in Rome from 1575–91. He was a member of the Virtuosi del Pantheon and the Confraternity of San Girolamo degli Illirici. Bonifacio specialised in maps, antiquities, devotional and didactic subjects.