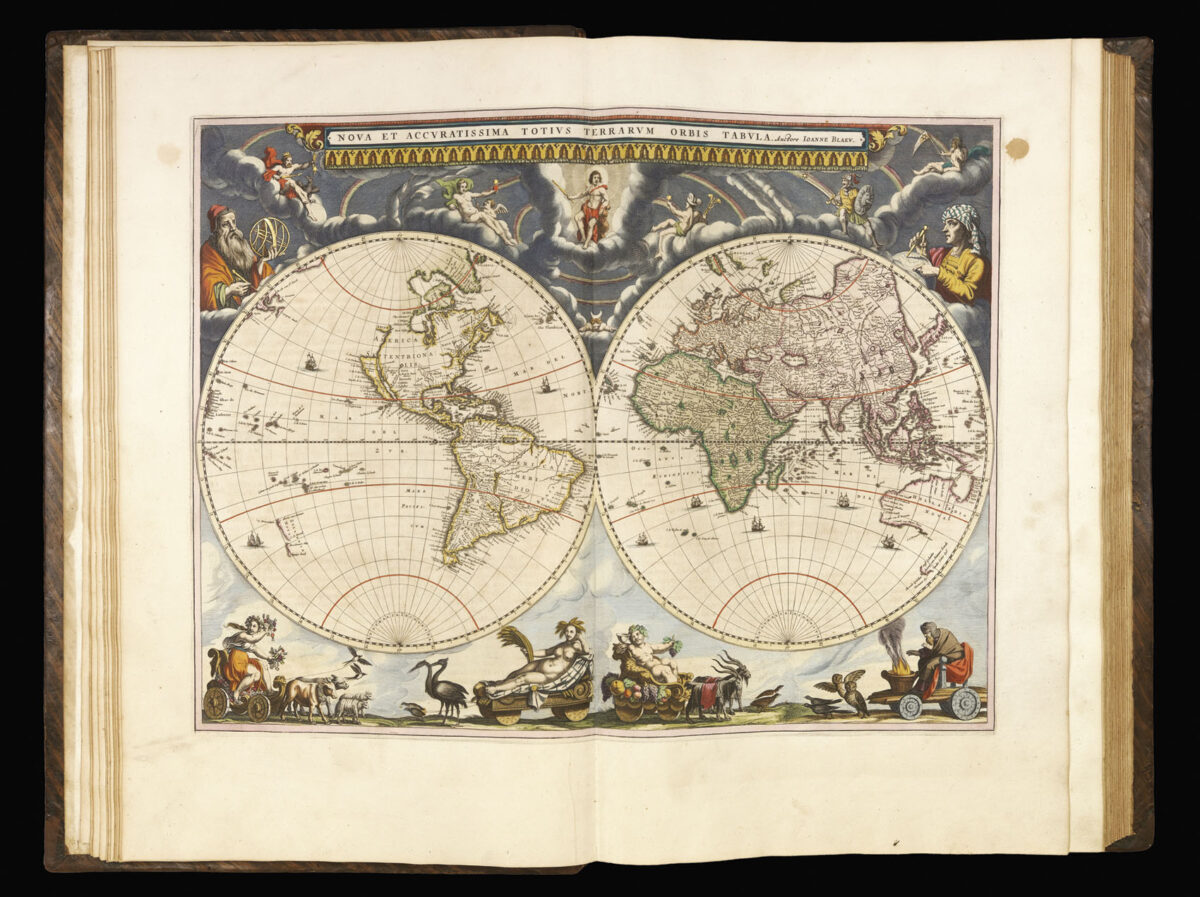 Blaeu’s double hemisphere map of the world, prepared for his monumental ​‘Atlas Major’

Unlike Blaeu’s first world map, which was done on the Mercator projection and appeared in the majority of his atlases, the world is shown here in two hemispheres and California is shown as an island. As with all of Blaeu’s productions, the map is beautiful and finely engraved, with elegant decorations depicting celestial figures seated among the clouds and allegorical representations of the four seasons below.

The reduced version of the map that appeared in the ​‘Atlas Major’ was not directly taken from his large original of 1648, but rather copied from one of his competitors reductions, possibly that of Nicolas Visscher. The particular outline of California, the inclusion of ​‘Nova Albion’, ​‘Pt. Sr. Franco Draco’ and part of ​‘Anian’ are features absent on the 1648 original.

The plate for this world map seems to have been one of the few that survived the 1672 fire at the Blaeu publishing house and must have come into the hands of the Van Keulen family, as it can be found in some of the Van Kuelen atlases published in the 1680s. Nevertheless this double hemisphere map, prepared at the end of the firm’s publishing history, is much rarer than it’s predecessor and has become increasingly sought after by collectors.

The ​‘Atlas Major’ in its various editions was the largest atlas ever published. It was justly famed for its production values, its high typographic standard, and the quality of its engraving, ornamentation, binding and colouring. The atlas frequently served as the official gift of the Dutch Republic to princes and other authorities. It is one of the most lavish and highly prized of all seventeenth-century illustrated books.