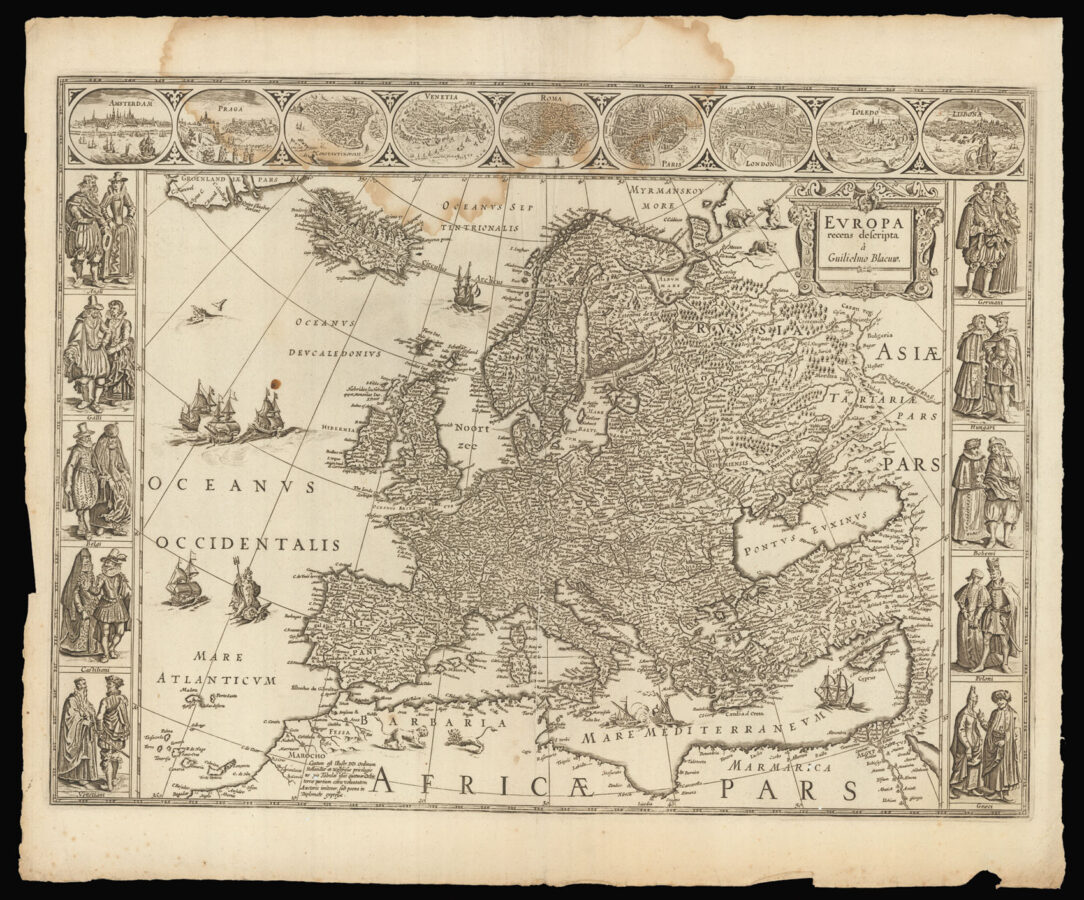 A fine example of Blaeu’s folio carte-a-figure map of Europe.

The map is a reduction of Blaeu’s wall map of 1608, with the majority of the coastal cartography based on Blaeu’s sea charts. A decorative border surrounds three sides: above are nine birds-eye’ views of the principal European cities including Paris, London, Amsterdam, and Istanbul; flanking the map are ten costumed figures representing the national dress of various European inhabitants.

This is the third state with the name changed in the cartouche from ​‘Guil: Janssonio’ to ​‘Guiljelmo Blaeu’, and no text on the verso. The map would be incorporated into Blaeu’s first atlas the ​‘Appendix’ in 1630. Later states with text on the verso would appear in all Blaeu’s subsequent atlases.