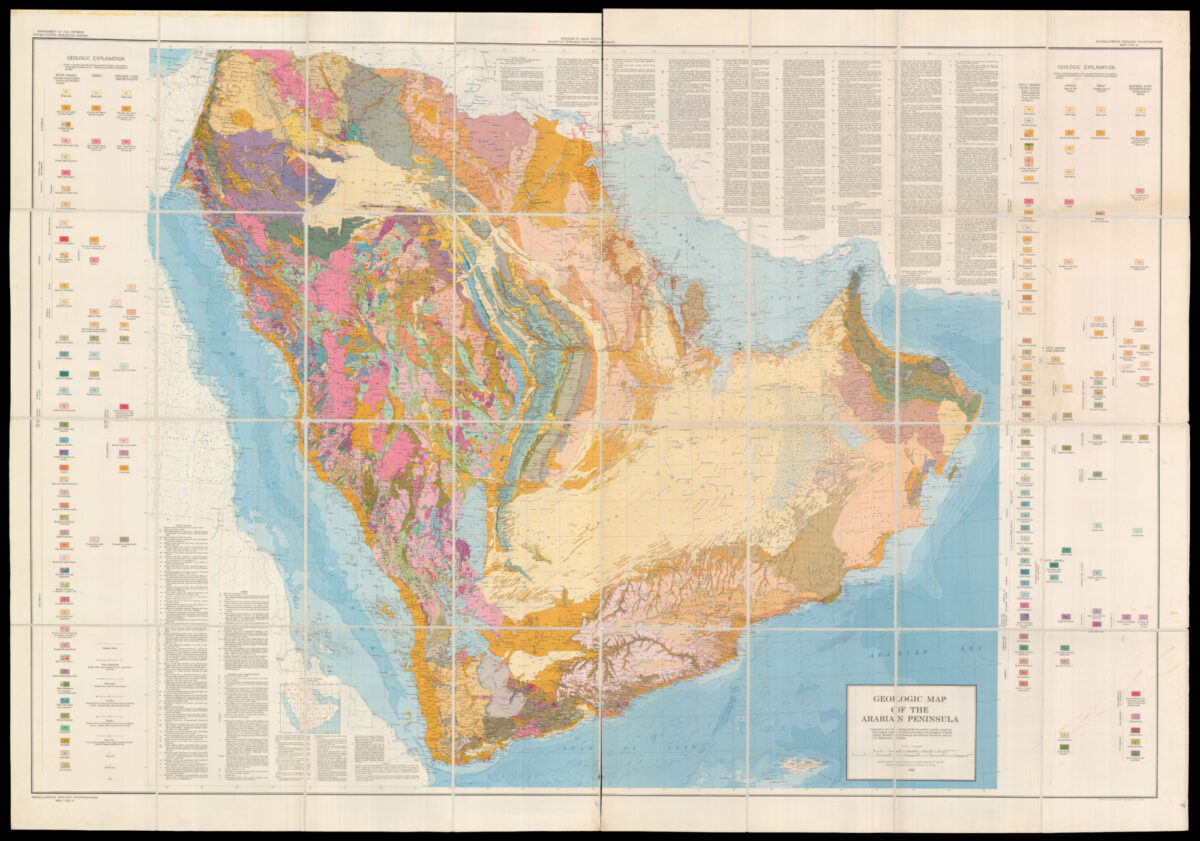 Geologic Map of the Arabian Peninsula. Compiled by the U.S. Geological Survey and the Arabian American Oil Company under the joint sponsorship of the Kingdom of Saudi Arabia, Ministry of Petroleum and Mineral Resources, and the U.S. Department of State.

Large and detailed map depicting the geology of the Saudi Arabian Peninsula.

The search for oil on the Peninsula started in 1933, when the Saudi Arabian government granted an oil concession to Standard Oil Co. of California (which was later joined by Texaco buying a 50% stake in the concession). Geologists soon followed to start the surface mapping of the area and beyond, achieving by 1937 a broad understanding of the region’s geological strata. The first test to yield oil was in Dhahran on 4 March 1938.

After a hiatus during WWII, the activity of surveying and test-drilling resumed with reinvigorated effort. Aerial photography was introduced in 1949 and proved an invaluable tool for the surveying. In 1954 the US Geological Survey and Aramco, the Arabian American Oil Company, began work on a series of geological and geographic maps which would incorporate the data collected over the years. The project was sponsored by the US Department of State and the Kingdom of Saudi Arabia. The effort resulted in 1:500,000-scale geologic sheets and a 1:200,000-scale geological map of the Arabian Peninsula, and the base topographical map — the present maps.

The geological map delineates the strata of the peninsula, with colour codes in two tables on either sides, and text within the blank regions of Eastern Africa and Iran. A paper to accompany the map and further explain the geology was published in 1966 by the US Geological Survey.