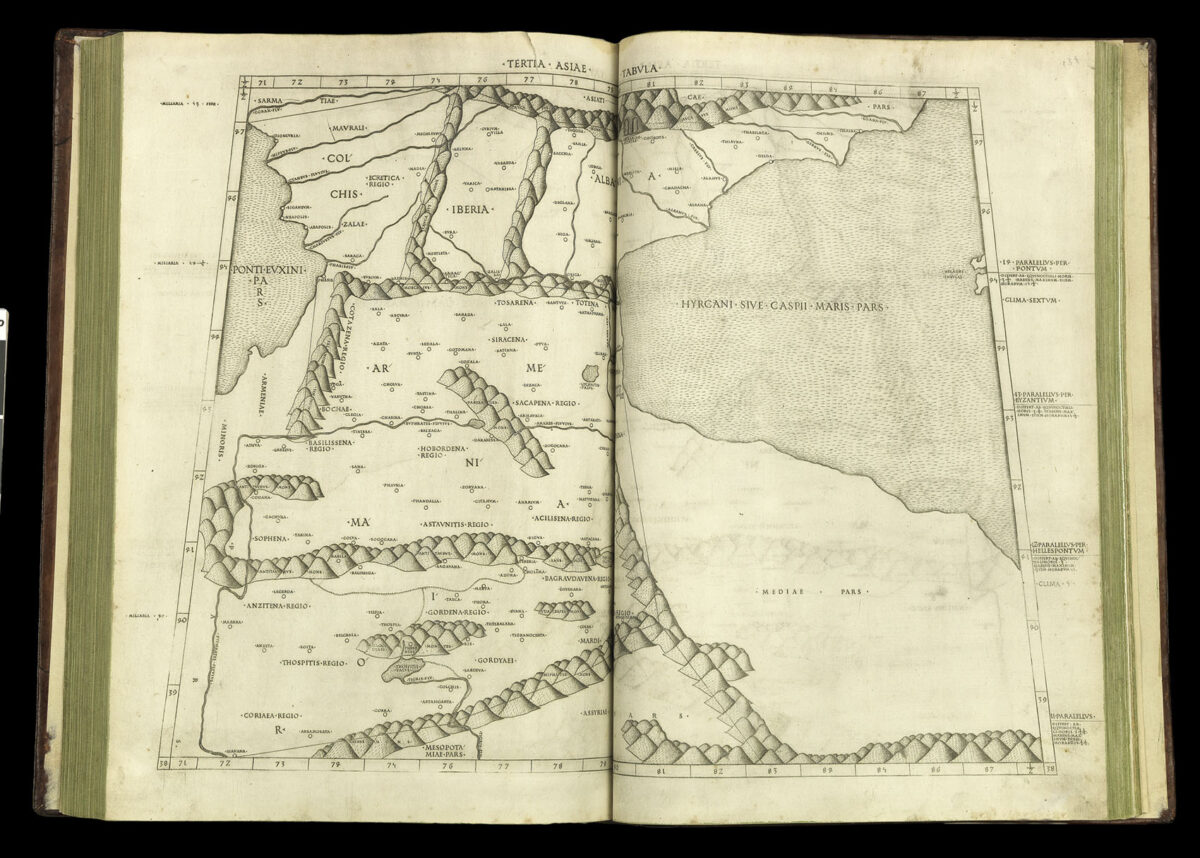 The map shows the Black and Caspian Seas separated by Armenia, Georgia, and Azerbaijan.