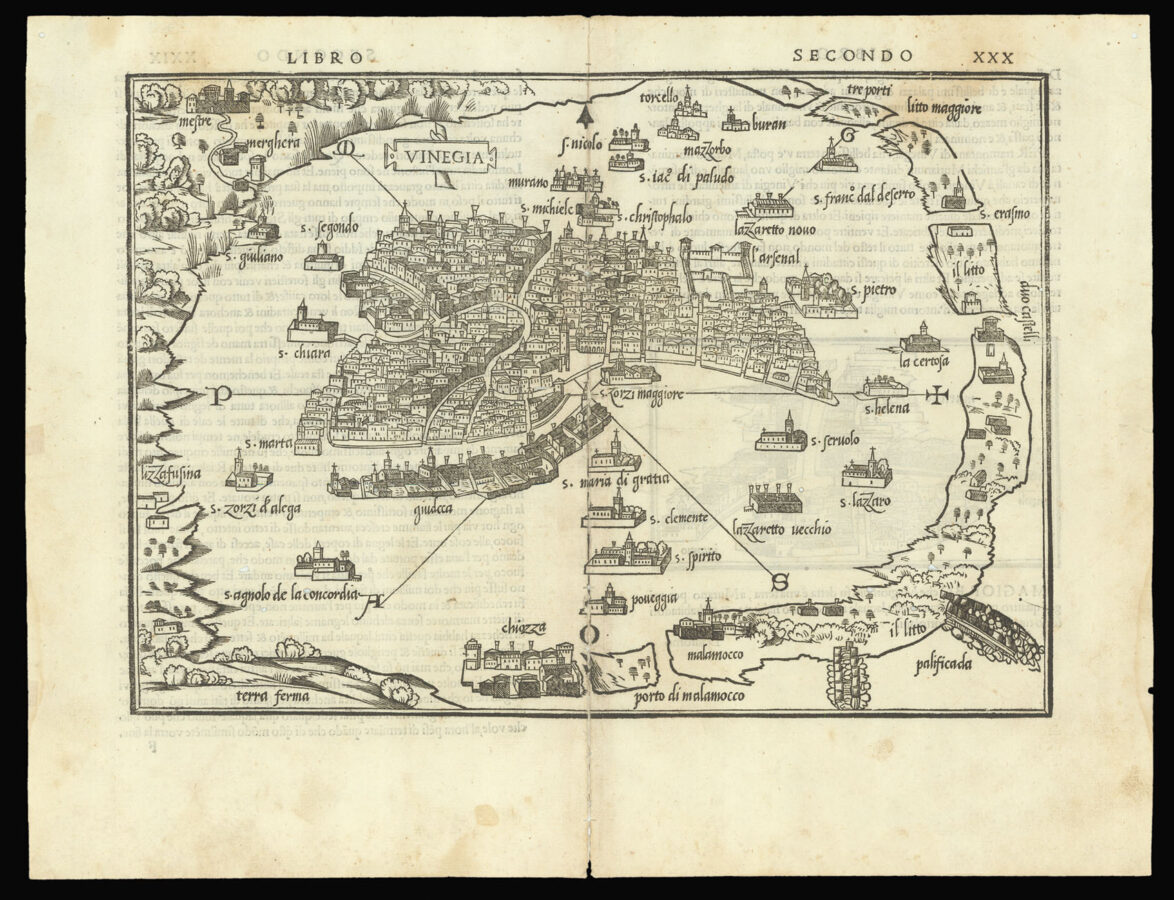 A superb and detailed bird’s-eye view of Venice from the rare second edition of the ​“Isolario di Benedetto Bordone”, first published in 1528; showing Venice as a partially submerged island, surrounded by the lagoon and islands. Major canals and famous landmarks are all shown: the Campanile and the Piazza San Marco are clearly visible at the entrance to the Grand Canal, and other churches and buildings are named . The perspective is the same as for Jacopo de’ Barbari’s monumental map of Venice, c1500, and is the one which continued to be used for future maps, such as Forlani’s map of Venice in 1567, and Braun and Hogenberg’s birds-eye view of 1572.

Benedetto di Bordone’s (1460–1539) ​“Isolario…”, or book of islands, was the first printed isolario to encompass the entire world, the only printed isolario to precede it was the little book of Bartolomeo dalli Sonetti, 1485, which covered only the Aegean islands. The isolario was a popular genre that had first appeared in manuscript examples by Cristoforo Buondelmonte dating from the early fifteenth-century, Bordone expanded on the usual theme to encompass lands beyond the eastern Mediterranean, the Aegean archipelago and the Levant, to guide travelers other parts of Europe and the world, stretching as far as the Indian Ocean, the African coastline and the New World.