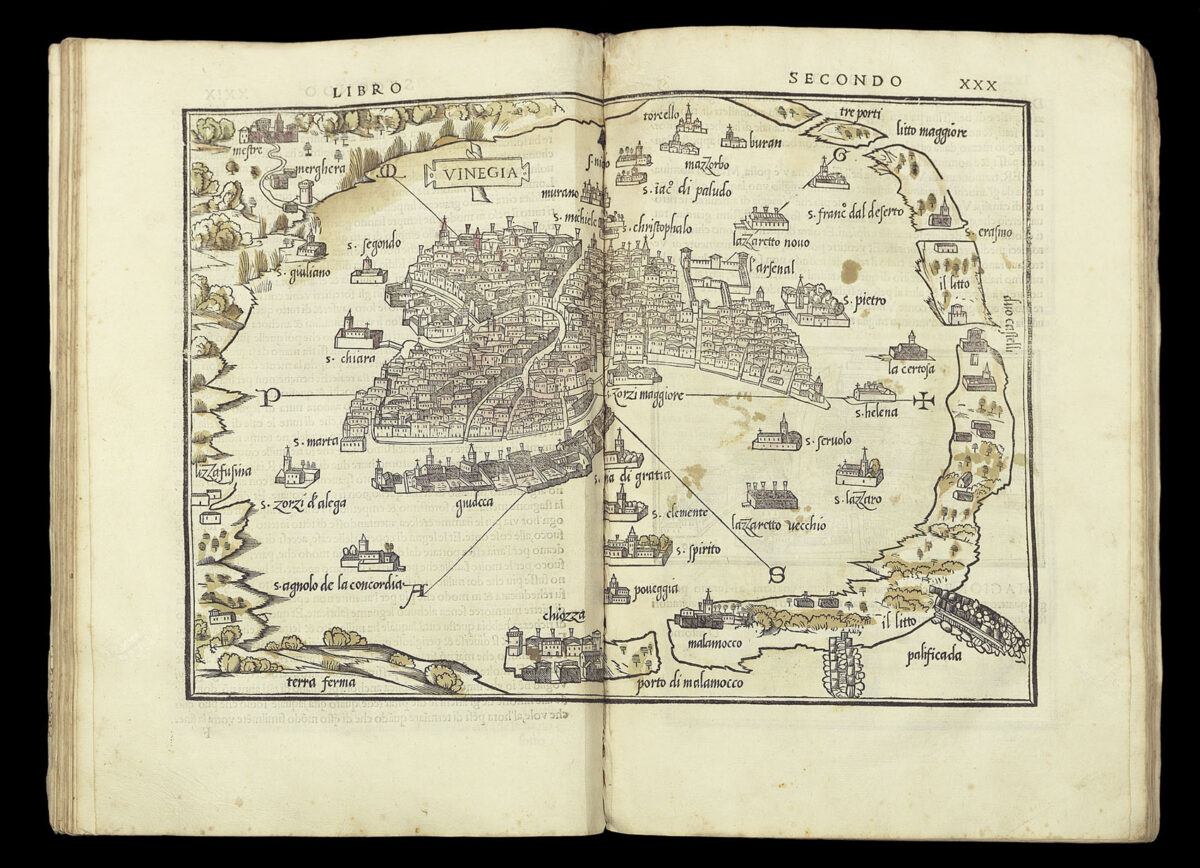 A striking bird’s-eye view of Venice after Barbari, detailing the major canals and landmarks in the city.