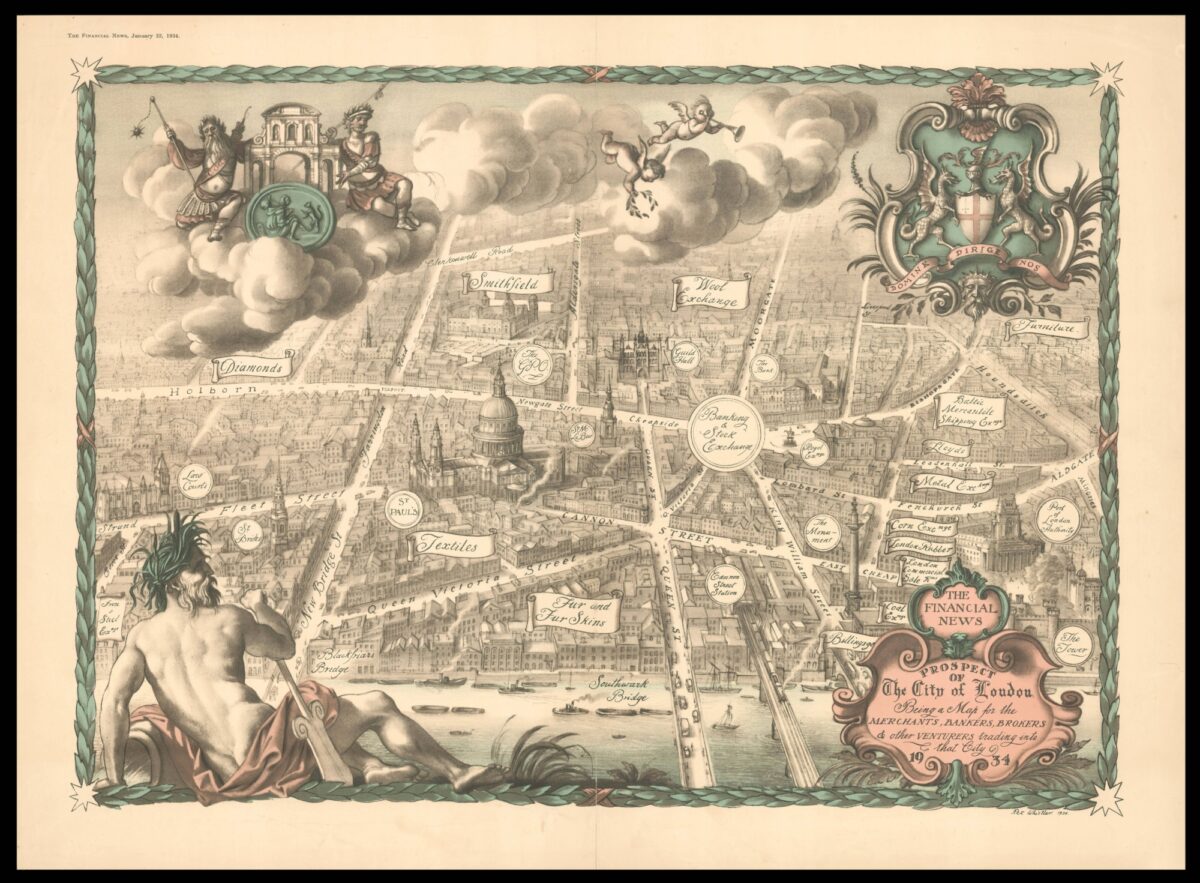 Birds-eye view of the Square Mile

The Financial News. Being a Map for the Merchants, Bankers, Brokers & other Ventures trading in that City.

Birds-eye view of the City of London’s Square Mile.

To the upper left atop a cloud is Temple Bar flanked by the traditional guardians of the City, Gog and Magog, together with a cameo of Dick Whittington and his cat. To the upper right are two putti, carrying a laurel wreath and trumpet, and the coat of arms of the City; Old Father Thames reclines in the lower left corner. All the major exchanges are marked including the Stock, Baltic, Wool, Metal, Rubber, Corn, Coal, and Royal. Public buildings are also named including St Paul’s, the Bank of England, Smithfield, and the Tower of London.

The Financial News (1884–1945) was a daily British newspaper published in London. It was founded in 1884 by Harry Marks, who had begun on United States newspapers, and set up to expose fraudulent investments. Marks himself was key to the paper’s early growth, when it had a buccaneering life fighting against corruption and competing with the Financial Times, but after Marks’ death it declined. Bought by publishers Eyre and Spottiswoode in 1928 and run by Brendan Bracken, it eventually merged with its great rival in 1945. 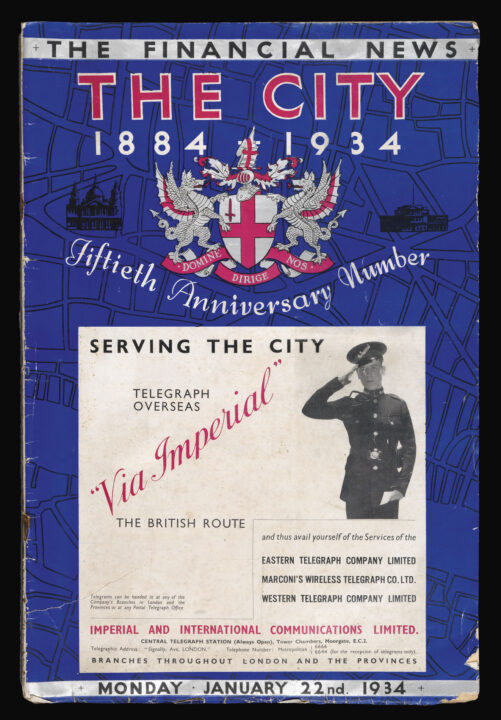