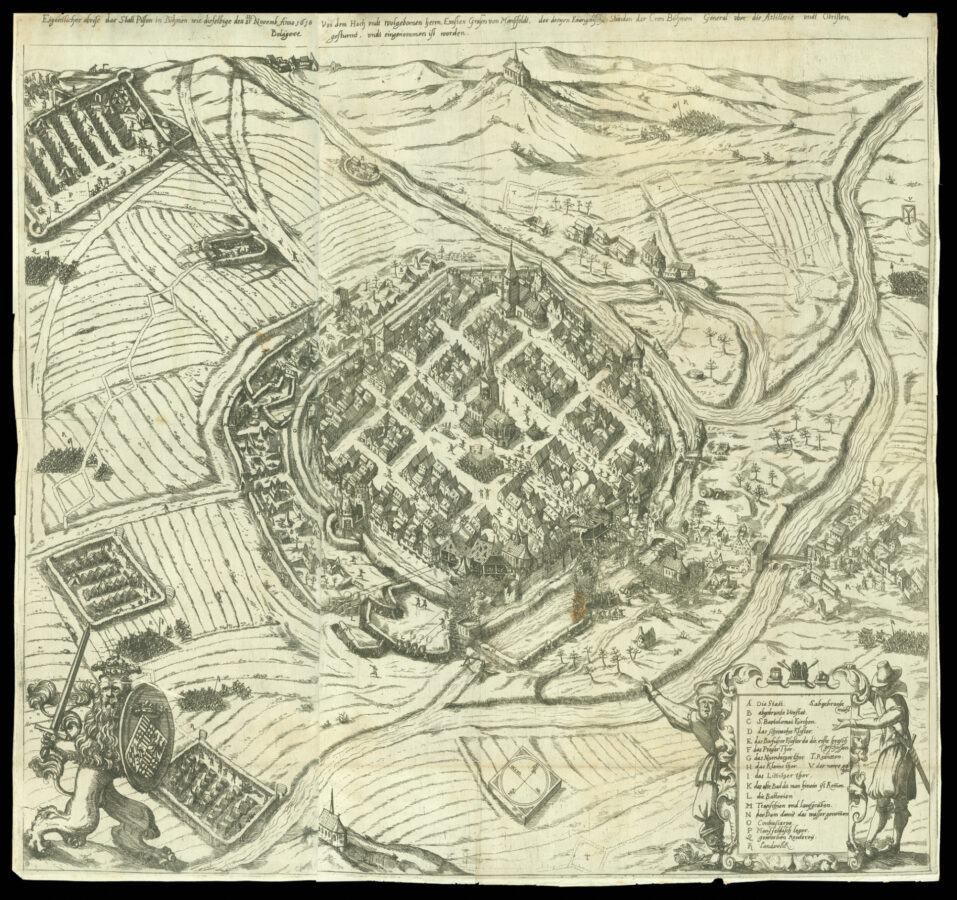 Bird’s-eye view of the Siege of Pilsen

The Protestant (Hussite) nobility of Bohemia were challenged by the staunchly Catholic Holy Roman Emperor, Ferdinand II, Crown Prince of Bohemia, who wanted to restore religious uniformity throughout his lands. A meeting between representatives of the Hussites and the Emperor ended in the Defenestration of Prague, where Ferdinand’s representatives were unceremoniously thrown out of a third floor window, and Bohemia rose in revolt. The Bohemian Revolt would became the Thirty Years’ War.

The Protestant commander Ernst von Mansfeld resolved to attack Pilsen, where many Catholics were assembling. The siege began on 19th September, 1618; without the manpower for an all-out assault, Mansfeld settled down for a siege, bombarding the walls until, on 21st November, a breach was made, through which the Protestant troops broke in, and the city was captured.

Although unsigned, there are elements of similarity, but nothing more substantial, with the early work of Wenceslas Hollar, a native of Prague, published by Abraham Hogenberg in the first years of the 1630s (for example, Turner, Wenceslas Hollar, I, 96, 97 and 106).