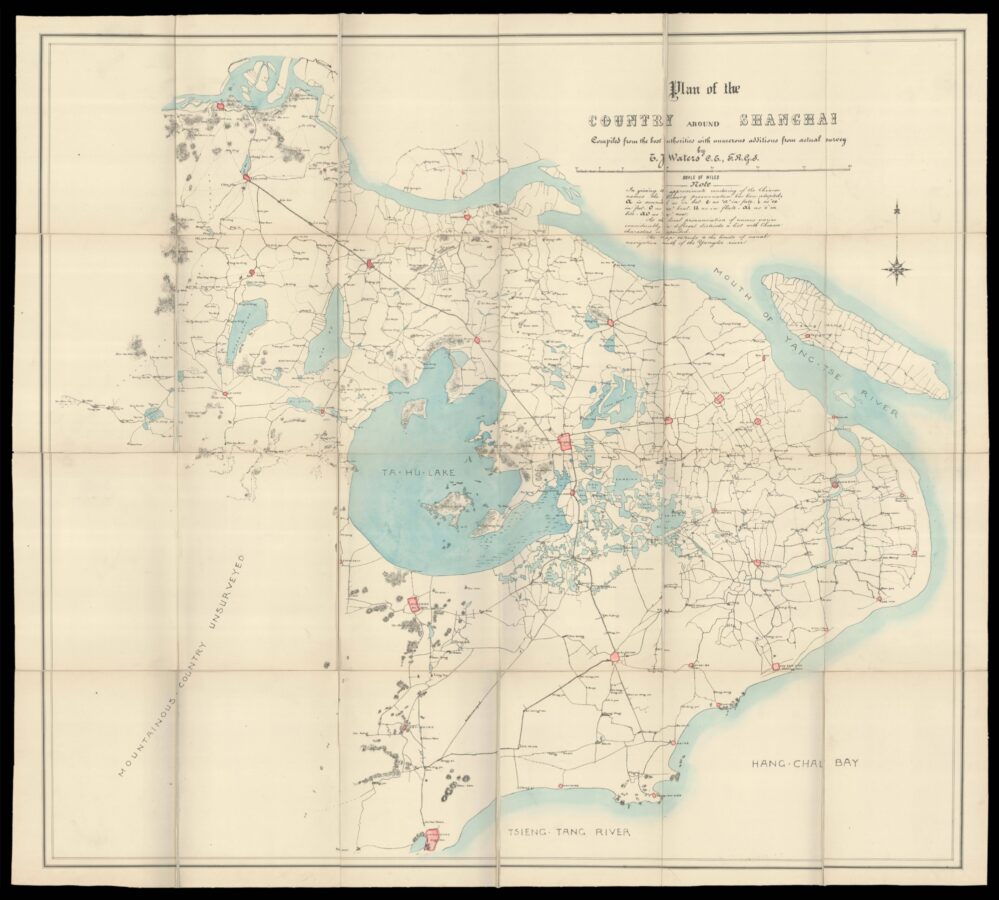 Big-Game Hunting in and around Shanghai

Map of the Country around Shanghai compiled from the best authorities with numerous additions from actual survey.

Compiled by Thomas Waters (1842–1898), ​“expressly for Sportsmen” (slipcase label). Waters was an Irish civil engineer and architect who carved out a successful early career in Japan, designing the Imperial Mint in Osaka and the headquarters for the Imperial Japanese Army. He worked briefly in Shanghai in the 1880s, before going out to Colorado to join his brothers in silver and gold mining.

DCRB holds another example of this map in Cyanotype, probably originally drawn up as part of Waters’ bid for the commission to construct a new waterworks in Shanghai. Waters was a strong contender in the competition, as he had experience in the field: he was partially responsible for the construction of Japan’s first sewer system.

Rare: OCLC locates only two institutional examples, in the BnF and University of Chicago.