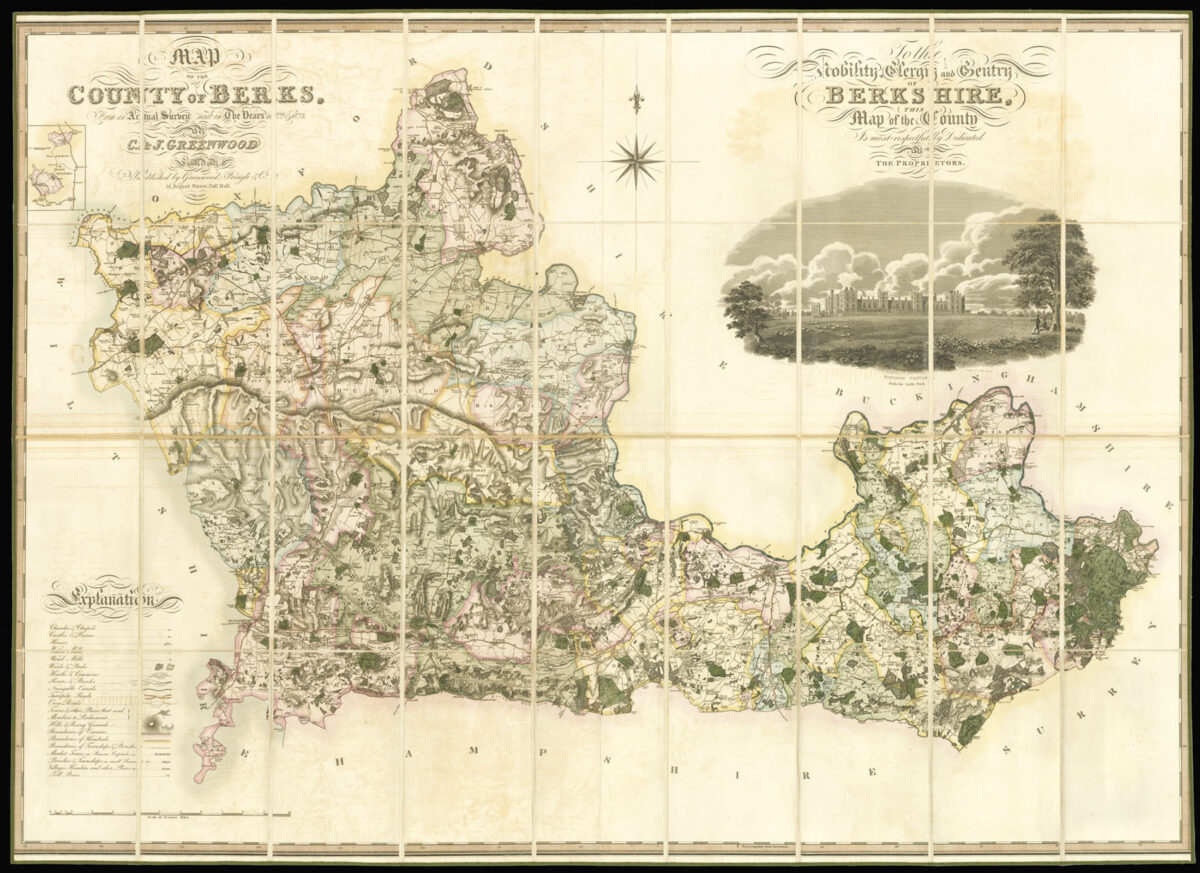 The Greenwoods’ map of Berkshire is from their incomplete series of country maps. The map is dedicated to the ​“nobility, gentry and clergy” of the county, and carries an inset view of Windsor Castle.

Christopher Greenwood started in 1817 with Lancashire and Yorkshire, and by 1831 they had covered 34 counties. Their maps were masterpieces of surveying and engraving techniques, and in view of the speed at which they were completed, their accuracy is remarkable. The maps mark the boundaries of the counties, hundreds and parishes. They show churches and chapels, castles and quarries, farmhouses and gentlemen’s seats, heaths and common land, woods, parliamentary representatives and distances between towns.