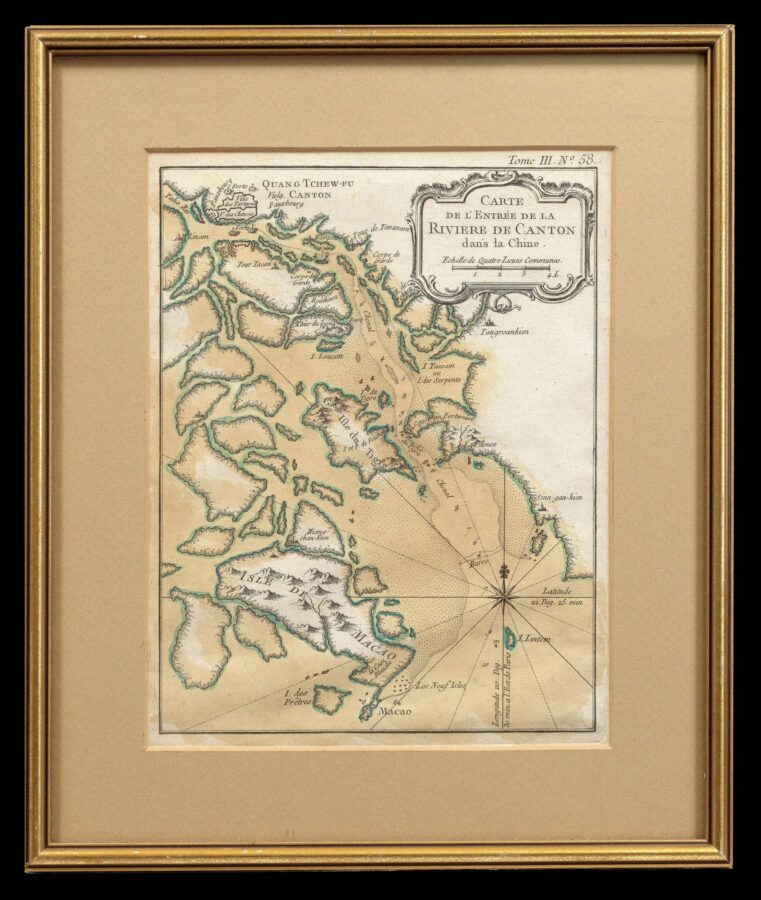 Bellin’s map of the vicinity of Canton

A fine example of Bellin’s map depicts the mouth of the River Canton, including Macao, Shenzhen, Guangzhou (historically called Canton) and the region that would eventually become Hong Kong.

The islands are depicted with beautifully rendered coastlines. Depth soundings are included along the channel (Shizi Ocean) and several place names noted. The Island of Macao shows elevations with Macao City identified. Near the top, Guangzhou (Quang Tchew-Fu Canton) is shown surrounded with forts and divided into Ville des Tartares and de Chinois. Shenzhen (Sinn-gan-hein) is identified with a small island to its west (possibly Lantau Island).

Bellin’s output was enormous, and his maps were copied throughout Europe for decades. In addition to the maps included in the ​‘Histoire des Voyages’, he produced, among other works, ​‘Le Neptune Françoise’ (1755) and ​‘Le Petit Atlas Français’ (1763), reissued as ​‘Le Petit Atlas Maritime’ in 1764.