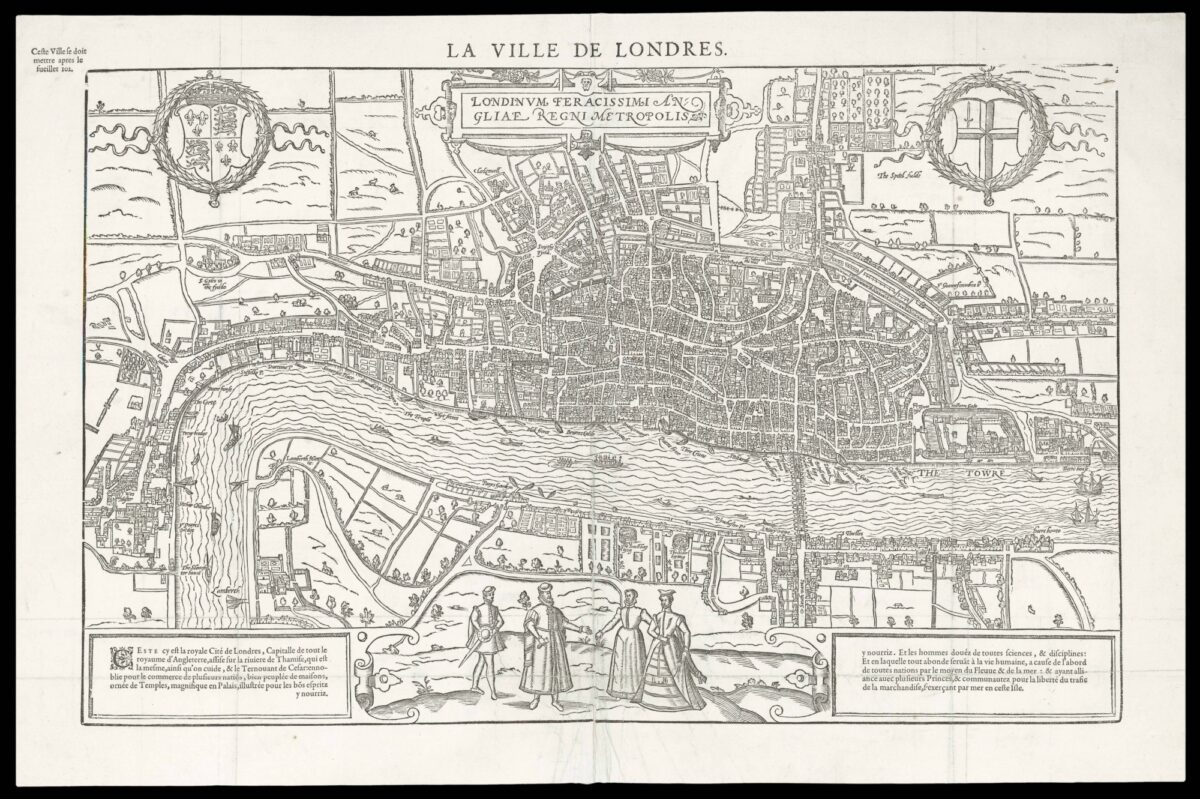 Belle Forest based his plan upon Braun and Hogenberg’s seminal map of 1572. The map depicts Elizabethan London in all its glory with bull and bear pits in evidence south of the River Thames, animals grazing in the nearby fields, and the river teeming with Tudor barges and sailing vessels. The only bridge across the Thames is London Bridge which joins the City of London to Southwark. The three cities of London, Westminster, and Southwark are depicted as quite separate entities at this time. In the foreground are four Londoners in traditional Tudor dress. The figures are flanked by text and, above the plan, the title is flanked by the royal and the City of London’s coats-of-arms. Belle Forest use of woodcut, rather than Hogenberg’s copper engraving, gives the plan a subtler look.

The plan was published by Belle Forest in ​‘La Cosmographie Universelle de Toute le Monde’ of 1575.