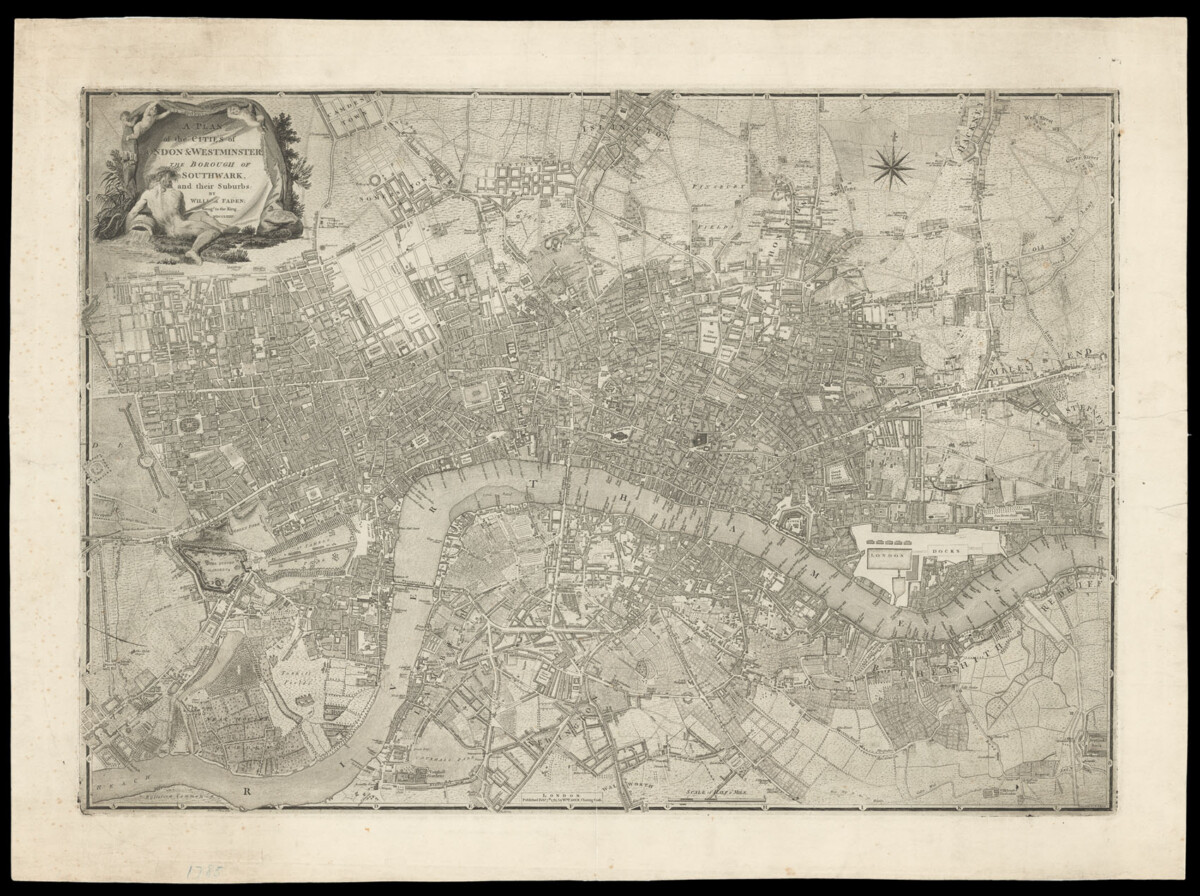 A Plan of the Cities of London & Westminster and the Borough of Southwark and their Suburbs By William Faden Geogr. to the King MDCCLXXXV.

To the upper right of the plan three putti raise a curtain to reveal the title, below reclines a personification of the Thames. To the plan itself cross-hatching and stippling are used to distinguish land use, with differentiation made between fields and parkland. The plan would seem to be slightly later than the imprint date, as Bedford House has been demolished and replaced by Bedford Square, which did not occur until 1799, and a large part of the London Docks have been constructed, work upon which did not commence until 1799.