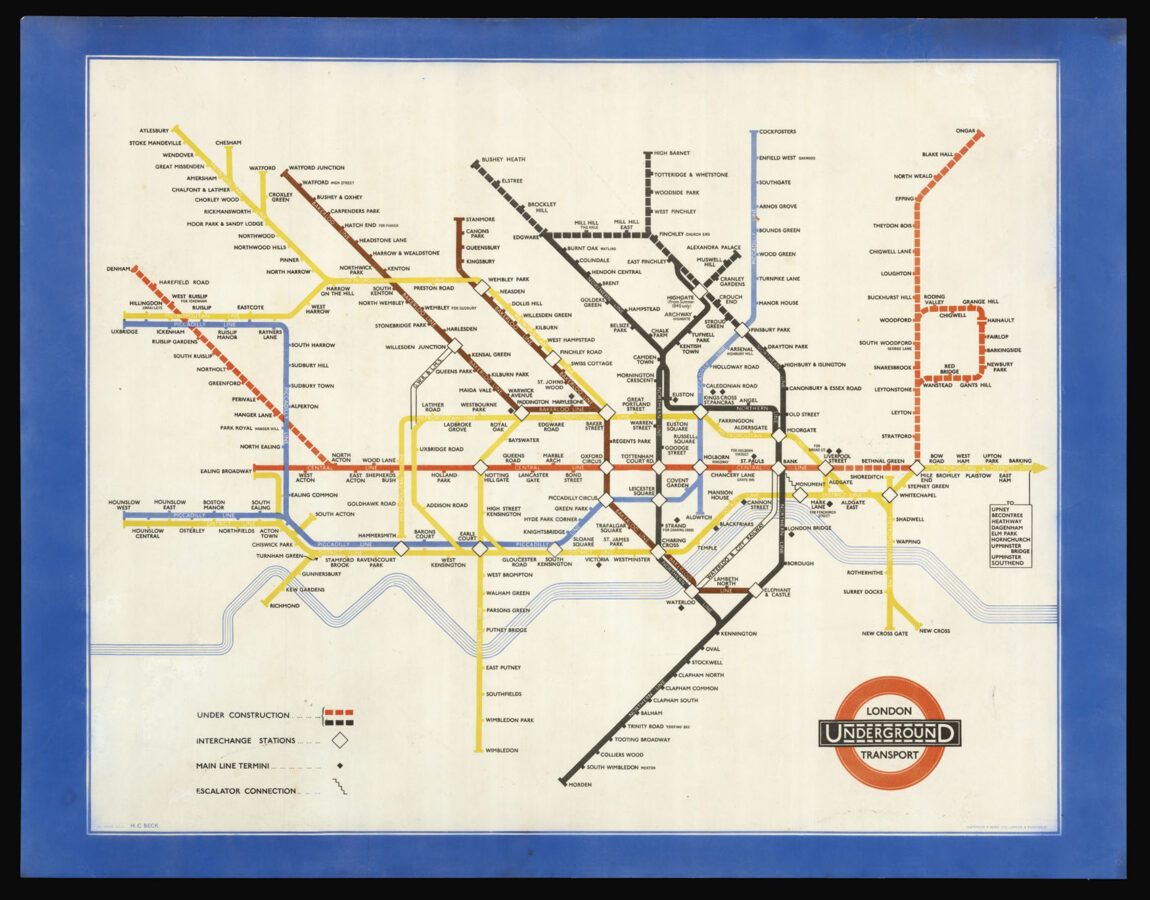 A poster of Beck’s iconic map of the London Underground System.

The plan shows both the central line under construction from Liverpool Street to Ongar, and from North Acton to Denham; and the Northern Line from Finsbury Park to Alexandra Palace, High Barnet, and Bushey Heath. The extensions to the network were part of the ​‘New Works Programme’ (from 1935 to 1940), a major investment programme by London Transport. The plan can be dated by the text below Highgate “(from Summer of 1940 only)”. By June of 1939 the Northern line extension from Archway to East Finchley had been completed, although excluding Highgate station as shown on the plan. The extension to High Barnet, shown here as under construction, would not be open until 14th April 1940.