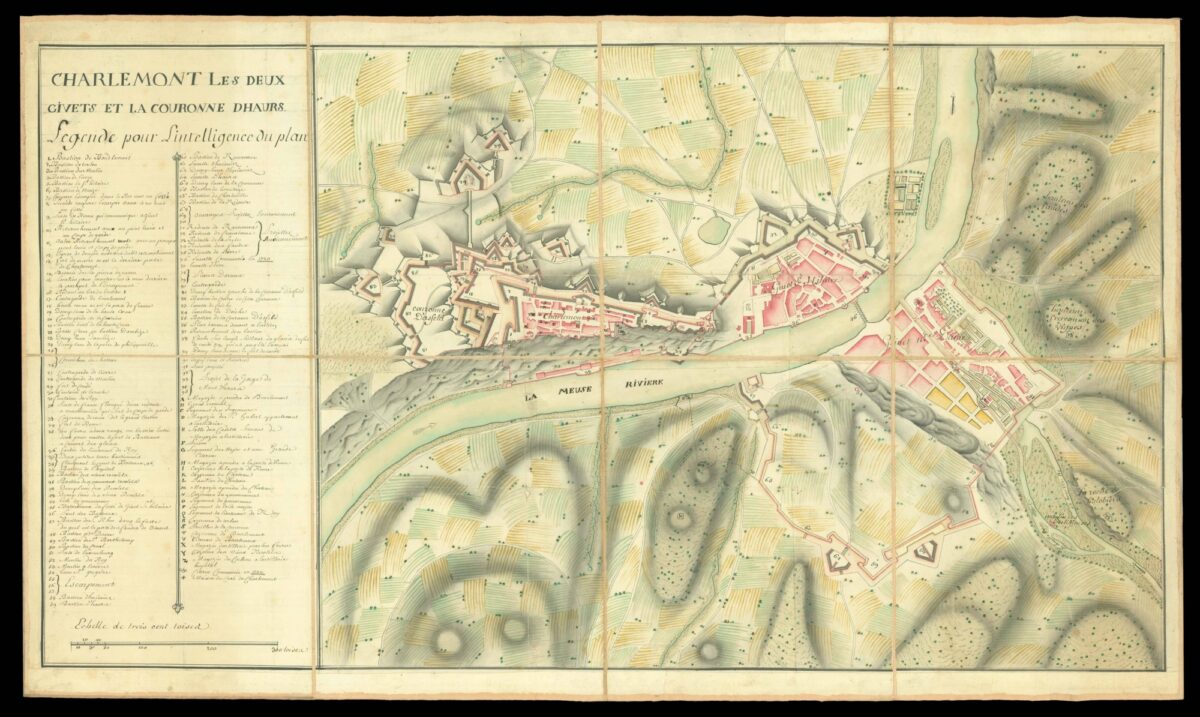 A French plan of the Fort of Charlemont (Givet) on the river Meuse, drawn during the War of Austrian Succession.

The key to the left of the plan gives detailed information upon the extensive fortifications.