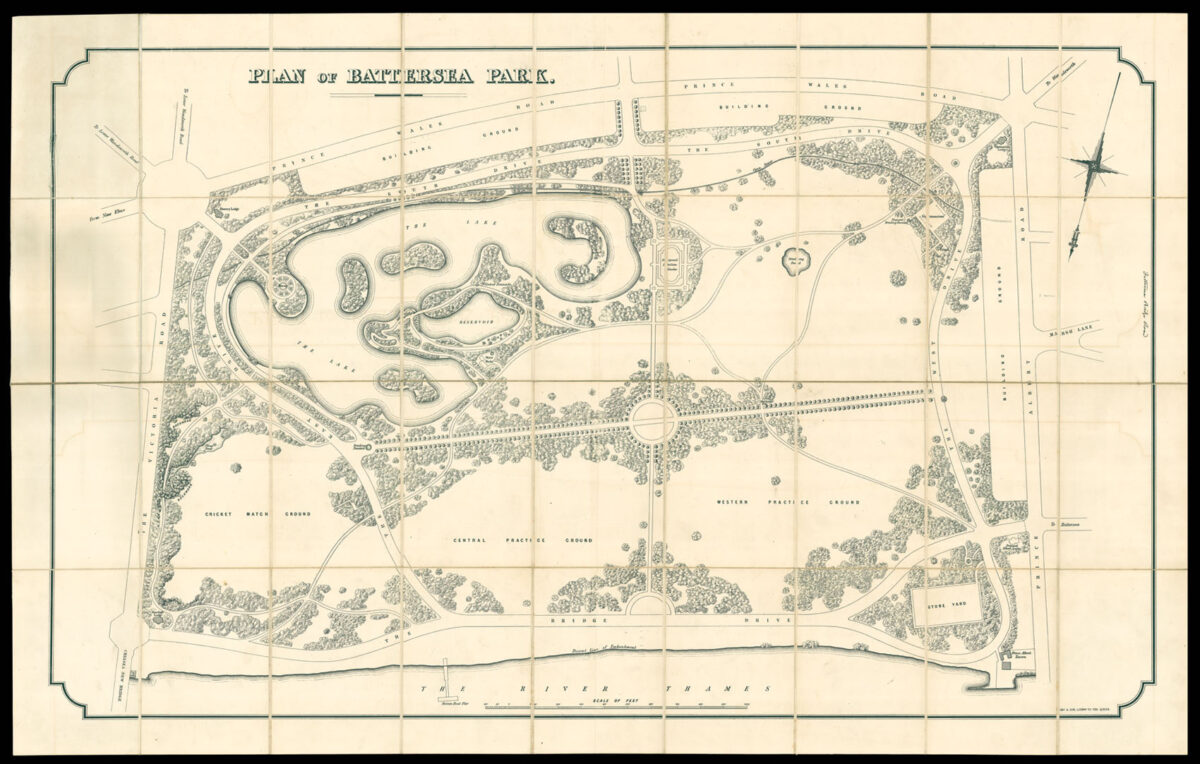 An attractive large-scale plan of Battersea Park oriented with north to the lower edge and showing gardens, drives and the lake.

The park was opened by Queen Victoria in 1858. Prior to 1846, the area was known as Battersea Fields and it was a popular spot for duelling: the Duke of Wellington fought a famous duel there in 1829 against the Earl of Winchilsea, who had written a letter accusing Wellington of trying to undermine the British constitution by passing the Catholic Relief Act, which relaxed Britain’s anti-Catholic laws. It was laid out by Sir James Pennethorne and James Gibson between 1846 and 1864, and soon became home to football and cricket games.

Scarce; we are only able to trace one institutional copy, which is kept at the National Archives in Kew.