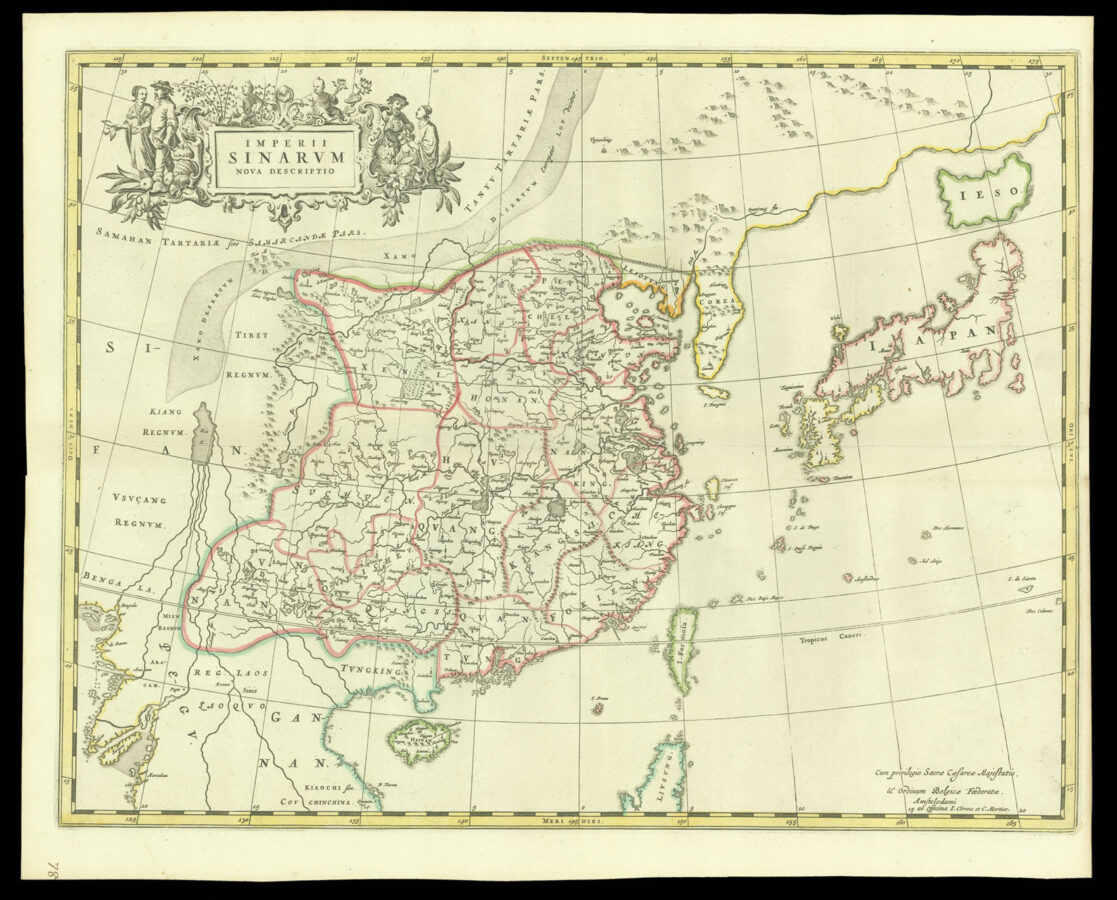 A map from Blaeu’s Atlas Sinensis. This map covers China, Korea and Japan. Korea is correctly shown as a peninsula and not an island, and China is very accurately depicted ‑the Great Wall is visible in the north. This is the first European map to show Ezo as an island in Japan. The title cartouche is surrounded by figures in traditional dress.

The Atlas Sinensis was the fruit of a unique collaboration between Father Martinus Martini, the Jesuit Superior of Hangchow, and the Amsterdam cartographer, Johannes Blaeu.

Father Martino Martini (1614–1661), was a Jesuit missionary who began to compile his own maps based on earlier Chinese sources, including an 1312 manuscript atlas by Chu-Ssu-pên. He was taken prisoner by the Dutch in 1654 and sent to Amsterdam. He used the journey to translate Chu-Ssu-pên’s work, with additions and revisions from a 1555 printed atlas by Lo Hongxian. When he arrived, Martini took his work to Johannes Blaeu, and persuaded him to postpone his planned town book of Italy in order to engrave and publish Martini’s maps instead. The accompanying text was Martini’s personal account of the decade he had spent travelling in China. The volume of seventeen maps was completed and published in 1655, and marketed as the sixth volume of Blaeu’s ​‘Atlas Novus’.

The atlas sparked a wave of works on China, many citing it as a source, and remained a benchmark for European maps of China for another two centuries; Ferdinand von Richthofen called it ​“the most complete geographical description of China that we possess” as late as 1885.