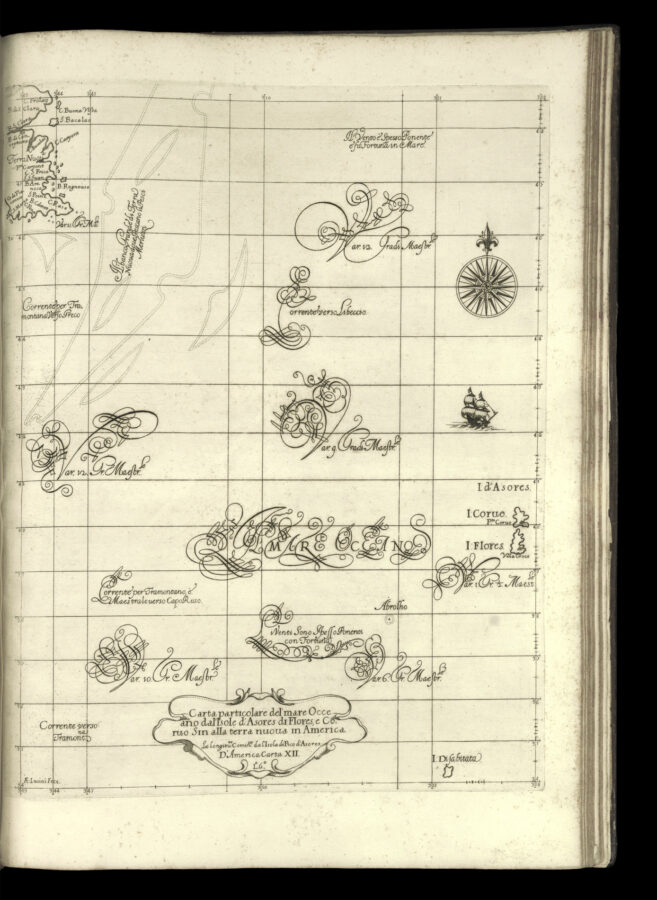 Map showing some of the Azores in the the north Atlantic Ocean. The east coast of Newfoundland in Canada is visible in the upper left corner.