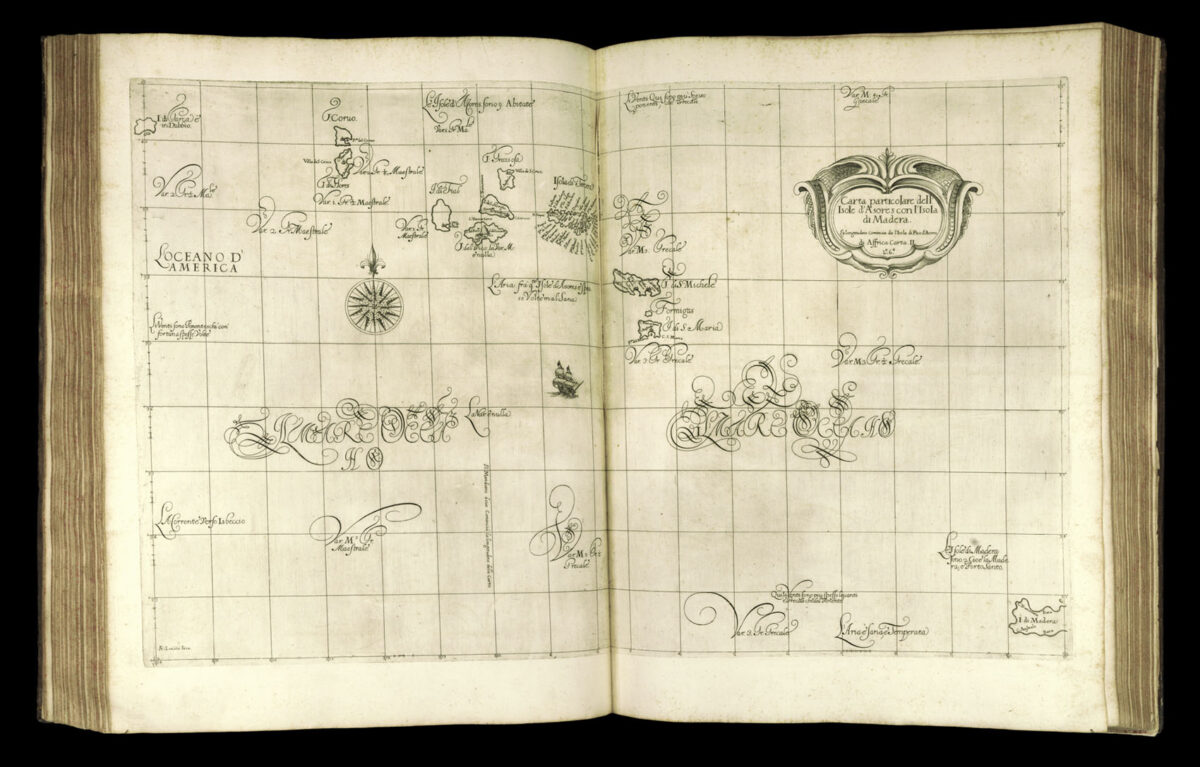 Map showing the Azores in the Atlantic Ocean, with Madeira at the lower right edge.