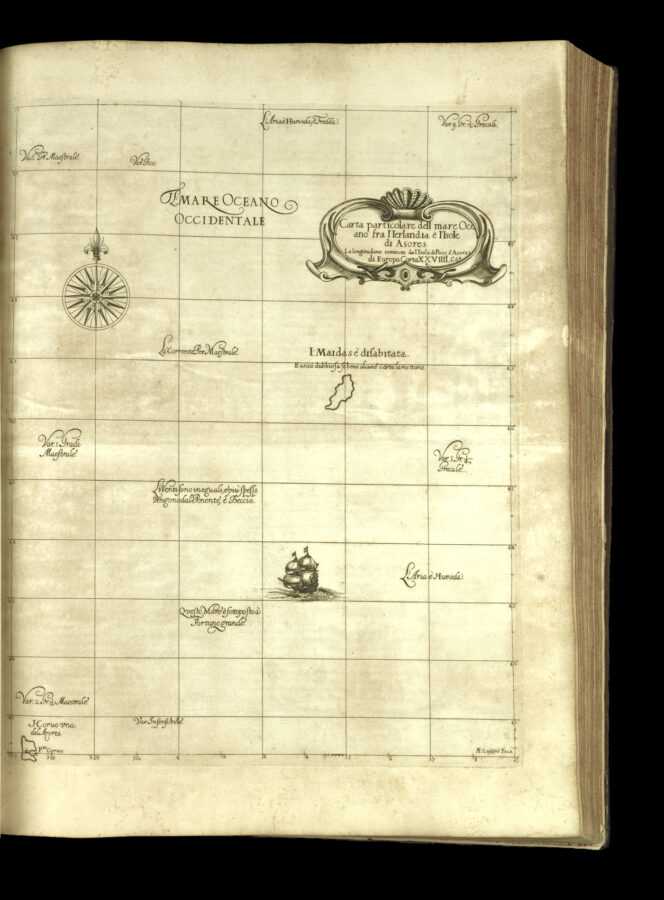 The map shows the Atlantic Ocean from Ireland to the Azores. The northernmost island in the Azores archipelago, I. Corvo (Isle of Corvo) is visible in the lower left corner.