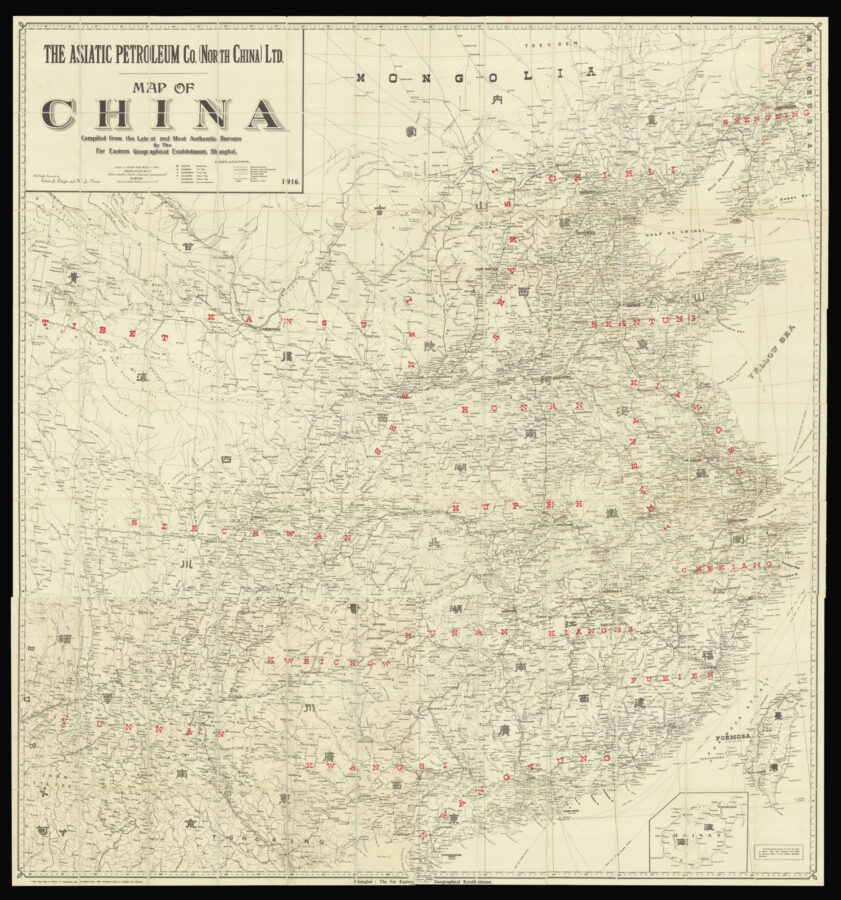 The Asiatic Petroleum Co. (North China), Ltd. Map of China Compiled from the Latest and Most Authentic Surveys

A rare and highly detailed commercial map of China, showing eleven provinces, covering north to south from Shenking (Shenyang) to Kwangtung (Guangdong), west to east from Tibet to Kiangsu (Jiangsu). Names of the provinces are labelled in both Chinese and English in black and red respectively.

The Asiatic Petroleum Company was a joint venture between the Shell and Royal Dutch oil companies and was founded in 1903. It operated throughout Asia from the start of the 20th century with its headquarters on the Bund in Shanghai. This map would appear to reflect the growing market for oil products throughout China, a market which, by the start of the Second World War, had expanded to over 1000 sales outlets across some twenty provinces. Edwin Dingle, who was responsible for this map along with H.J.Fruin, lived in China for over twenty years and in 1917 published ​‘The New Atlas and Commercial Gazetteer of China’, which served as the standard reference for many years and was described as the ” biggest and best book on the resources of China”.

Rare. The case containing the map is stamped with ” Travelling Engineer”, suggesting that only a limited number of copies would have been produced specifically for the Asiatic Petroleum Co., thus accounting for its scarcity.