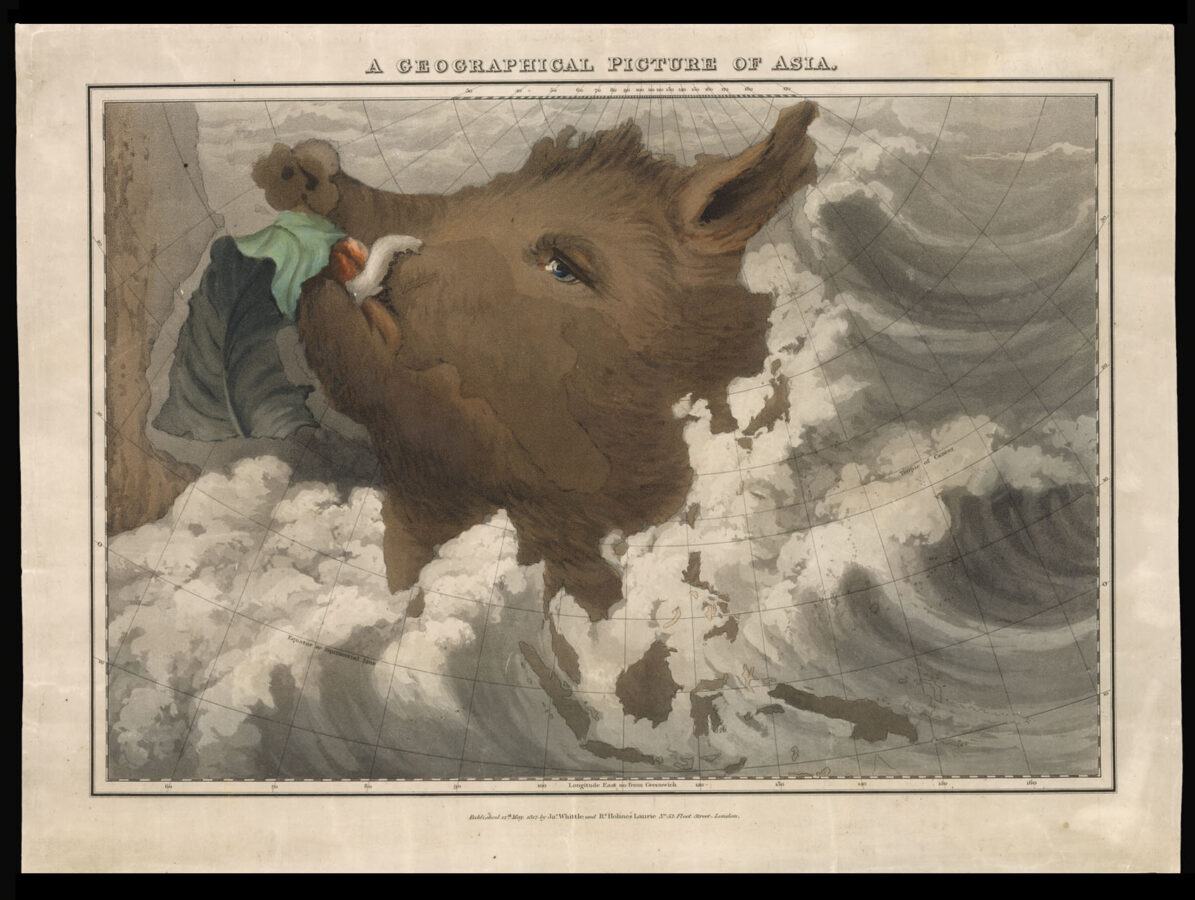 Asia as a Wild Boar!

A Geographical Picture of Asia.

Caricature map of Asia, here represented as a wild boar, with a leaf (the Arabian Peninsula) in its mouth.

Caricature maps featuring animals are highly uncommon, especially in the early part of the nineteenth century. Traditionally countries would be represented by people, as in the works of Gillray, and most notably Robert Dighton, whose droll caricatures of England, Ireland, and Scotland proved hugely popular in the late eighteenth century. Another unusual aspect of the map is the use of aquatint, a medium often reserved for views rather than maps, due to its tendency to obscure detail. Here it is used to great effect with the boar’s coat rendered beautifully, superbly framed by great waves which crash along the southern and eastern coasts of Asia. The wild boar or pig was often seen as a symbol of wealth, abundance and good luck in many east Asian cultures including China and Japan.

Laurie was apprenticed to Robert Sayer in 1770 and made free in 1777. He was a skilled artist, who exhibited at the Society of Artists from 1770, winning a silver palette for a drawing in 1770, and he was also an accomplished engraver of mezzotint portraits and produced views and other decorative items. In about 1792 he returned to the Sayer business and took it over from the ailing Sayer in 1794.

Whittle was apprenticed into the Needlemakers’ Company, evidently made free by 1792, and joined with Laurie to take over the Sayer business in 1794.

We are only able to trace one institutional example: the British Library; and we are unable to trace another example coming up at auction in the last 50 years.