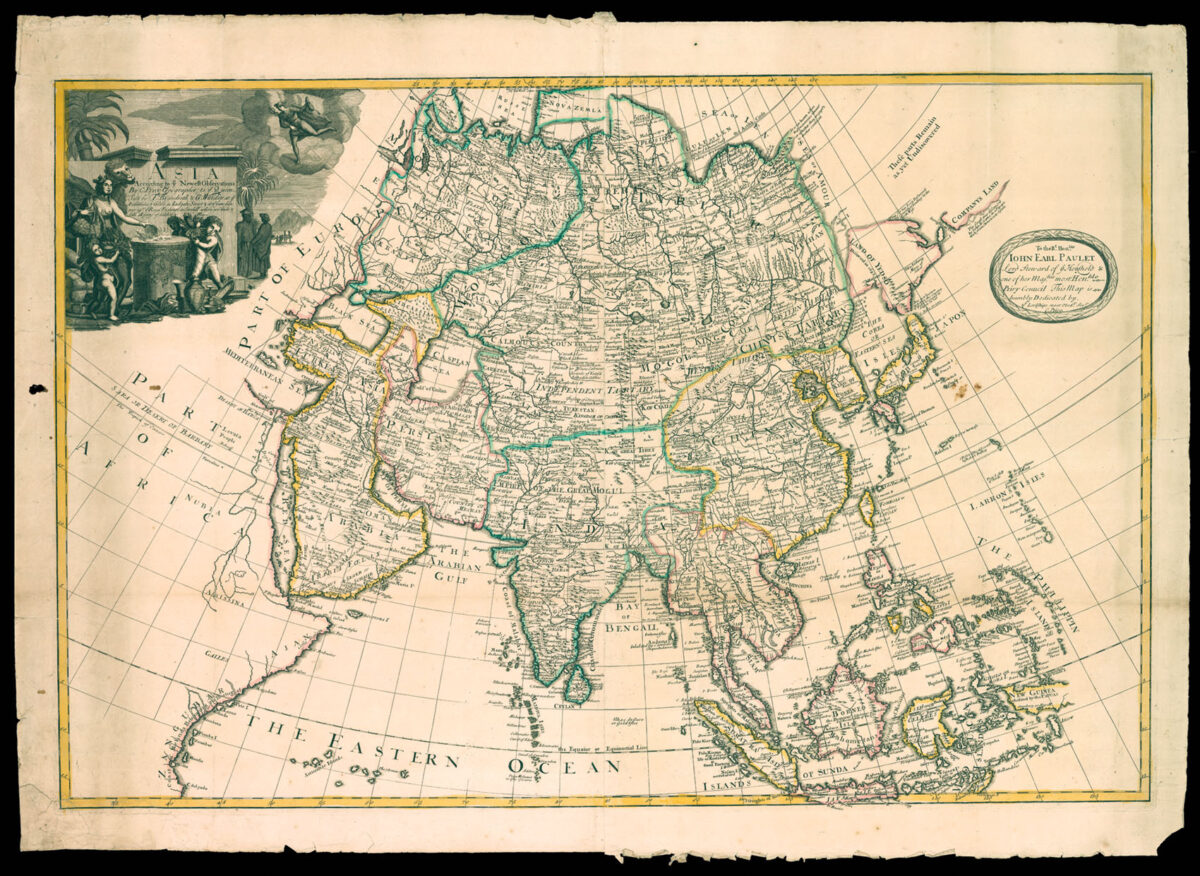 Asia According to ye Newest Observations…

Uncommon two-sheet map originally prepared by Price for the unsuccessful partnership of Price, John Senex and John Maxwell (1708–1711). After the partnership broke up, each member took the plates that they engraved with them, the majority of which were engraved by Senex, and were reissued in his ​‘English Atlas’ from 1714. In 1713, Wildey acquired the remainder of Price’s stock and began to issue them with his own imprint and in a further ill-fated partnership with Thimothy Brandreth. The partnership was not a commerical success and later the same year, Willdey was advertising the remaining stock of the maps at a heavily discounted price.

This particular example bears a dedication by Charles Price to Earl John Poulett, who was Lord Steward between 1711–1714. We have been unable to trace another example which bears the dedication.

Apprenticed to John Seller, the father of English sea atlas publishing, in February 1694, Price was made free on the 1st of September 1703, on the same day as John Seller’s son Jeremiah Seller. He worked in partnership with Jeremiah between 1700 and 1705, but unfortunately, their venture was not a success, and after the firm’s loss of the lucrative naval contract in 1705, they were declared bankrupt.