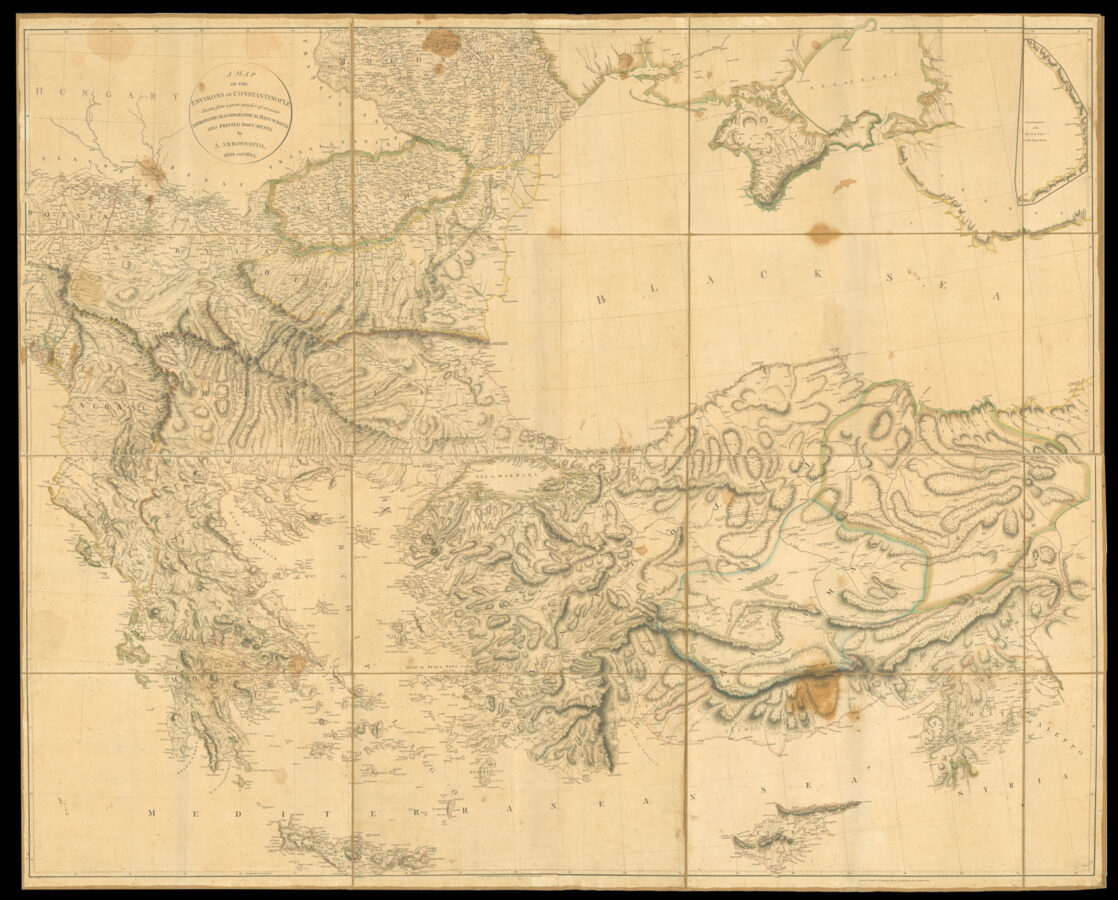 A Map of the Environs of Constantinople Drawn from a great number of accurate astronomical & geographical manuscripts and printed documents, by A. Arrowsmith 1801 and 1804.

Arrowsmith’s large and detailed map of the Ottoman Empire and the Black Sea.

By the beginning of the nineteenth century the Ottoman Empire had fallen some way from the lofty heights of 1683, when it had threatened the gates of Vienna. The Russo-Turkish wars of the eighteenth century – most notably that of 1768–1774 – weakened the Empire considerably, and by the time of the present map’s publication many of the Great European powers believed her break-up to be imminent.

The ramifications of the Empire’s gradual decline became know as the Eastern Question; with Britain, Austria, France, and Russia increasingly using the Empire as a pawn in their diplomatic games. At the time of the production of the map – during the Napoleonic War — Britain was increasingly concerned by both Russian and French involvement in Ottoman affairs. She feared not only Russian designs on Constantinople and her wish for a Mediterranean port; but also that control by either power of the Eastern Mediterranean would lead to British interests — most notably in India – being severely compromised.