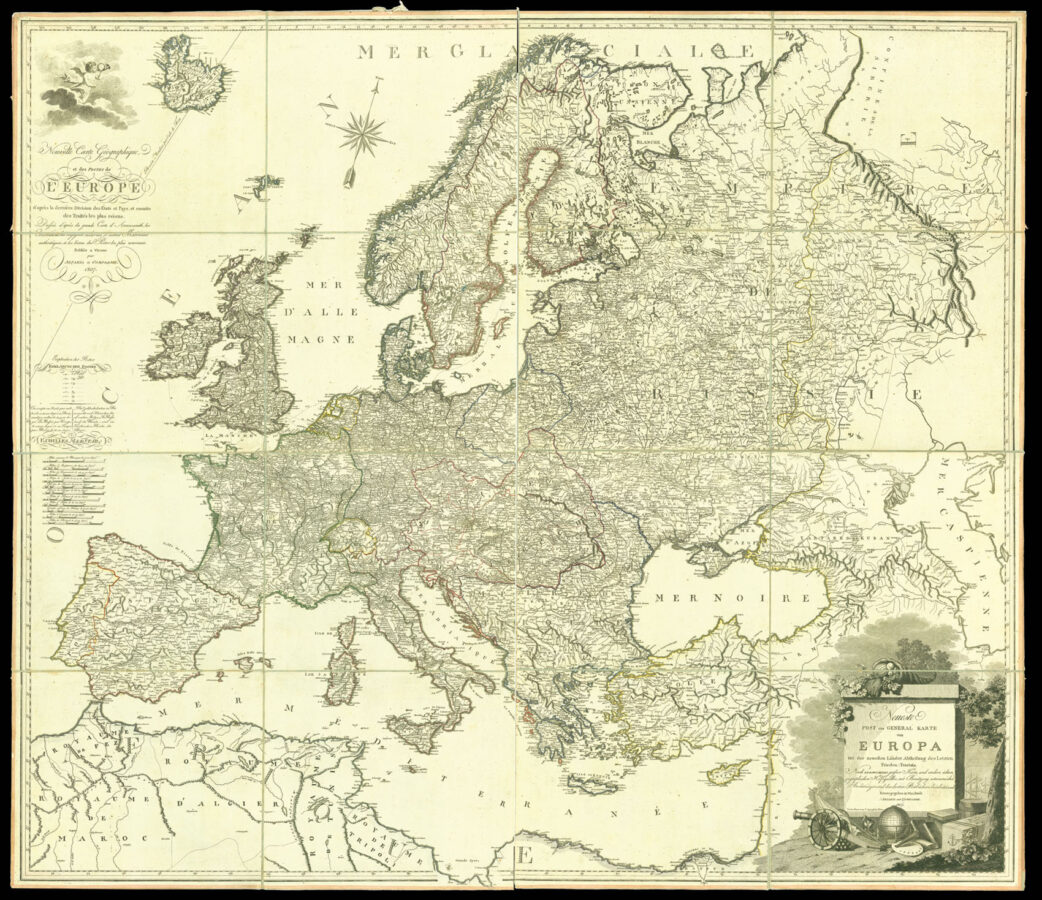 A wall map of Europe and its post roads. It has two title cartouches, one in French surmounted by a trumpeting putto, and one in German surrounded by decorative elements representing naivgation and warfare. The map covers Europe from Spain and the Strait of Gibraltar to Russia and the Caspian Sea. It was made in the midst of the Napoleonic Wars in Europe; Britain had just formed the Fourth Coalition against France with Prussia, Russia, Saxony and Sweden. However, when the map was in print, the French were still advancing through Europe. Napoleon attacked Russia in February 1807, and created a French duchy in Warsaw later that year.

The publishers, Carlo and Francesco Artaria, originally founded their publishing house in Vienna in 1770 for art and maps. They started printing music eight years later, and went on to publish the work of Joseph Hadyn and Wolfgang Amadeus Mozart.