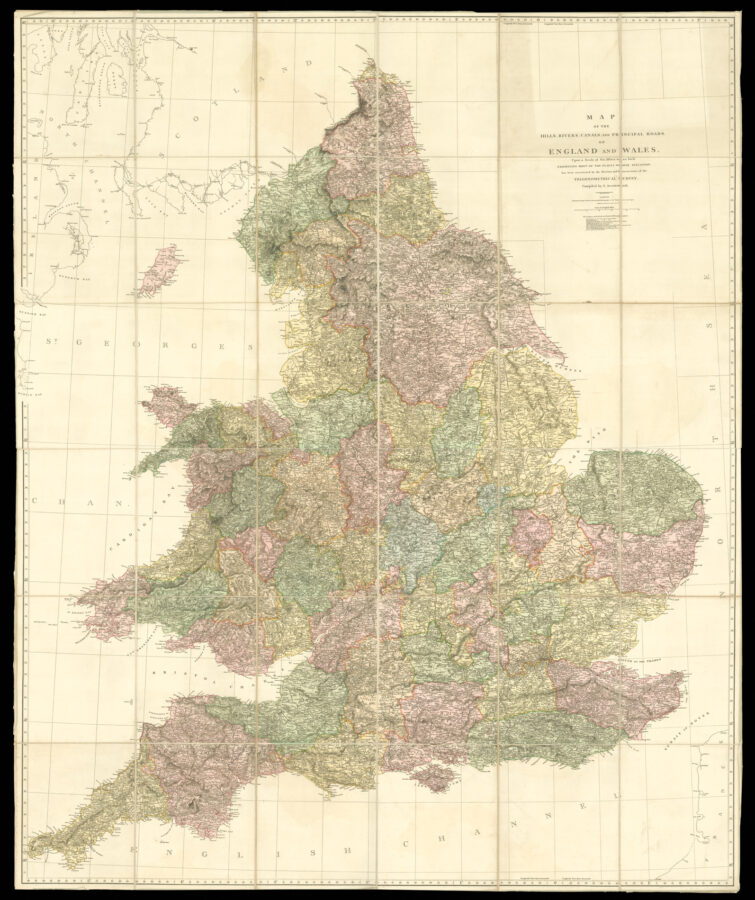 A Map of the Hills, Rivers, Canals, and Principal Roads, of England and Wales. Upon a Scale of Six Miles to an Inch. Exhibiting most of the Places whose Situation has been ascertained by the Statioat auctionatns and Intersections of the Trigonometrical Survey. Compiled by A. Arrowsmith.

First published in 1813 a great deal of the map is based upon the work of the Ordnance Survey which had, by 1813, successfully mapped most of southern Britain. The present map is updated to 1820.