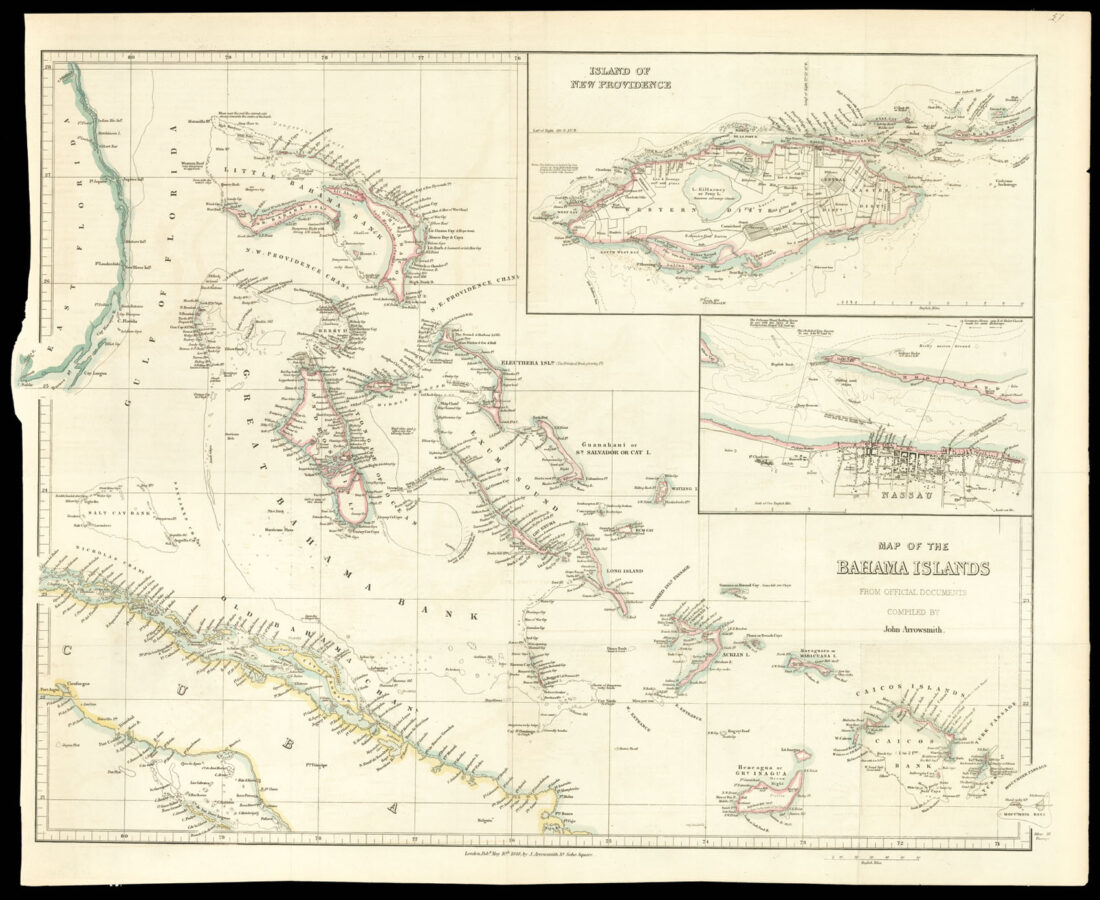 Arrowsmith’s map of the Bahamas

Map of the Bahama Islands from Official Documents Compiled By John Arrowsmith.

Rare and important map of the Bahamas, the most detailed of its time. Compiled for a Parliamentary paper.

John Arrowsmith (1780–1873) In 1810 he joined his uncle Aaron Arrowsmith in his mapmaking business in London. In 1821, they published a map of North America using a combination of a maps obtained from the Hudson’s Bay Company and Aaron’s own previous work. After his uncle died in 1823, the business was carried on by his sons Aaron and Samuel Arrowsmith until 1839 when John Arrowsmith took over the business.[1] In 1834 John published his London Atlas, which were the best set of such maps then in existence. He followed the atlas with a long series of elaborate and carefully executed maps, those of Australia, America, Africa and India being especially valuable. In 1863 he received the gold medal of the Royal Geographical Society, of which body he was one of the founders.