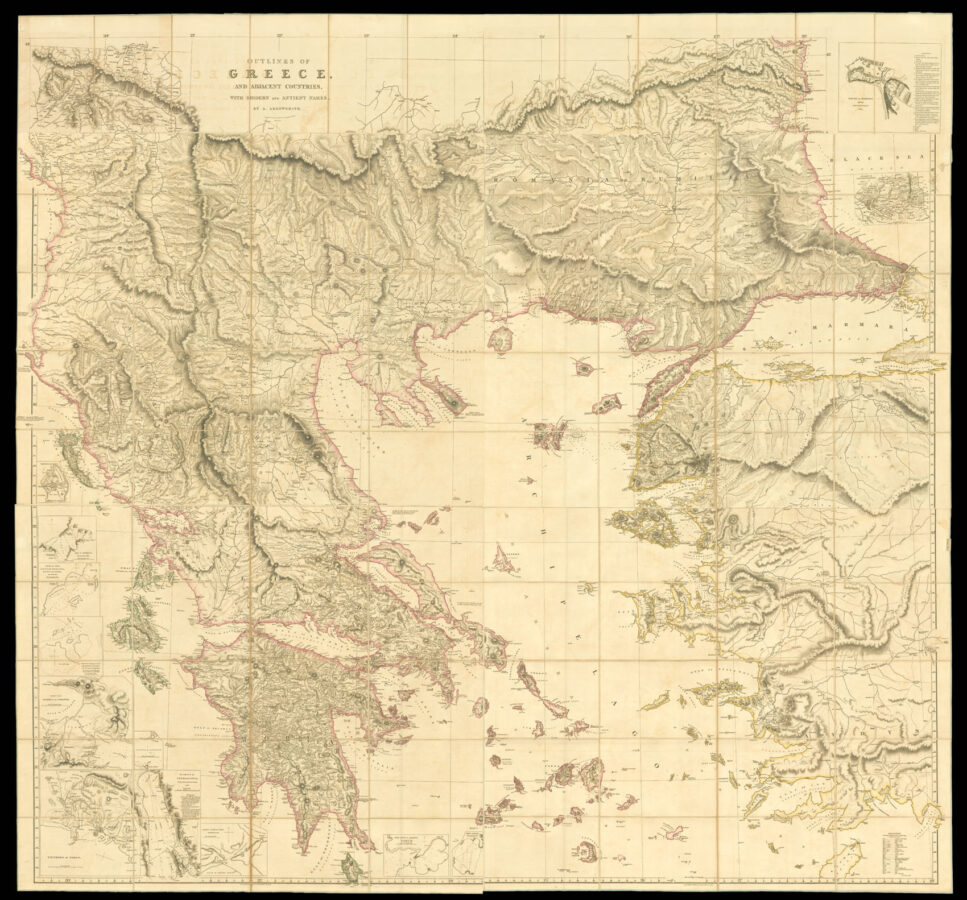 Outlines of Greece and Adjacent Countries, with Modern and Antient Names, By A. Arrowsmith.

Arrowsmith’s large and detailed map of Greece and Western Turkey.