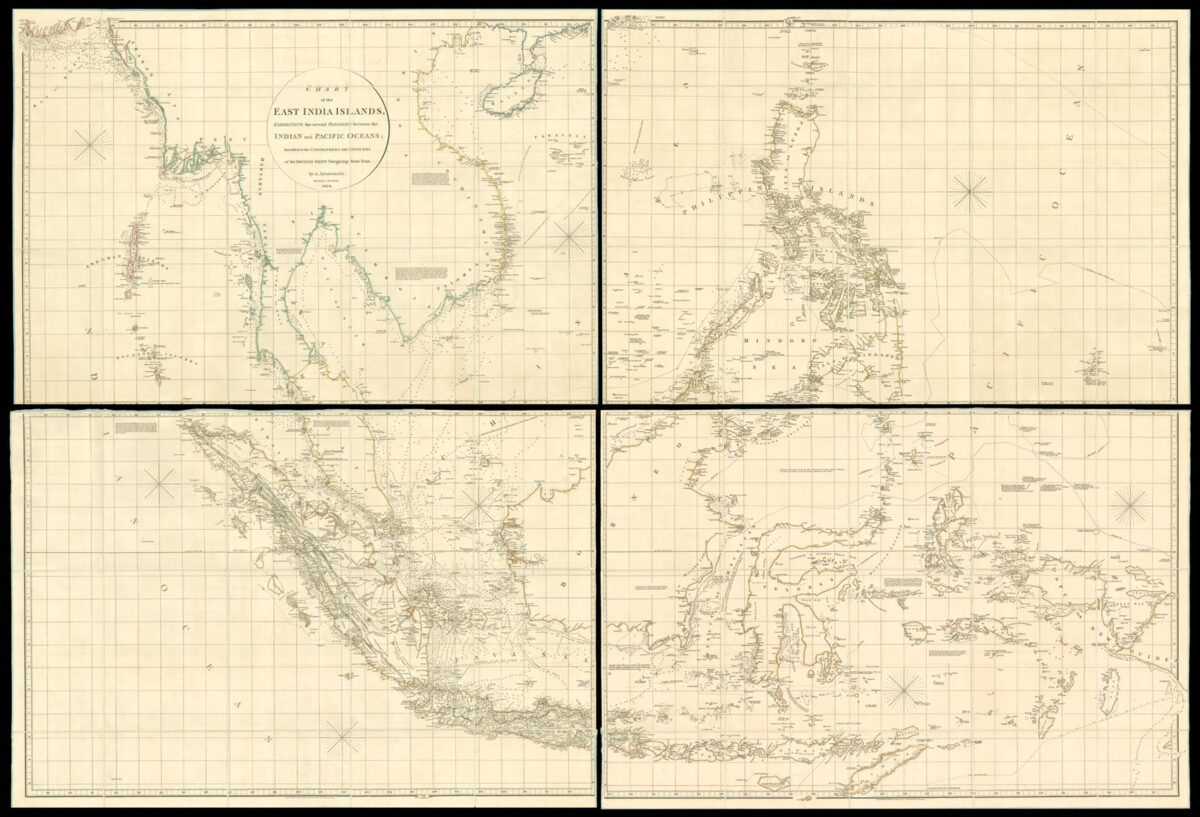 Chart of the East India Islands. Exhibiting several passages between the Indian and Pacific Oceans; Inscribed to the Commanders and Officers of the British Ships navigating those seas, by A. Arrowsmith.

Rare definitive edition of Arrowsmith’s chart of the East Indies.

This large chart stretches from Burma to Pupua New Guinea and inlcudes, numerous soundings, and the marking of the best routes for sailing to Canton, throughout the year. For the 1824 edition Arrowsmith has added seven block of text to the chart, the majority providing information upon the monsoon seasons and the violent tempests around the coast areas known as the ​“Ty-fongs”. The text block next to Pinang Island gives a brief description of the island, and the acquisition of it by the East India Company in 1786.