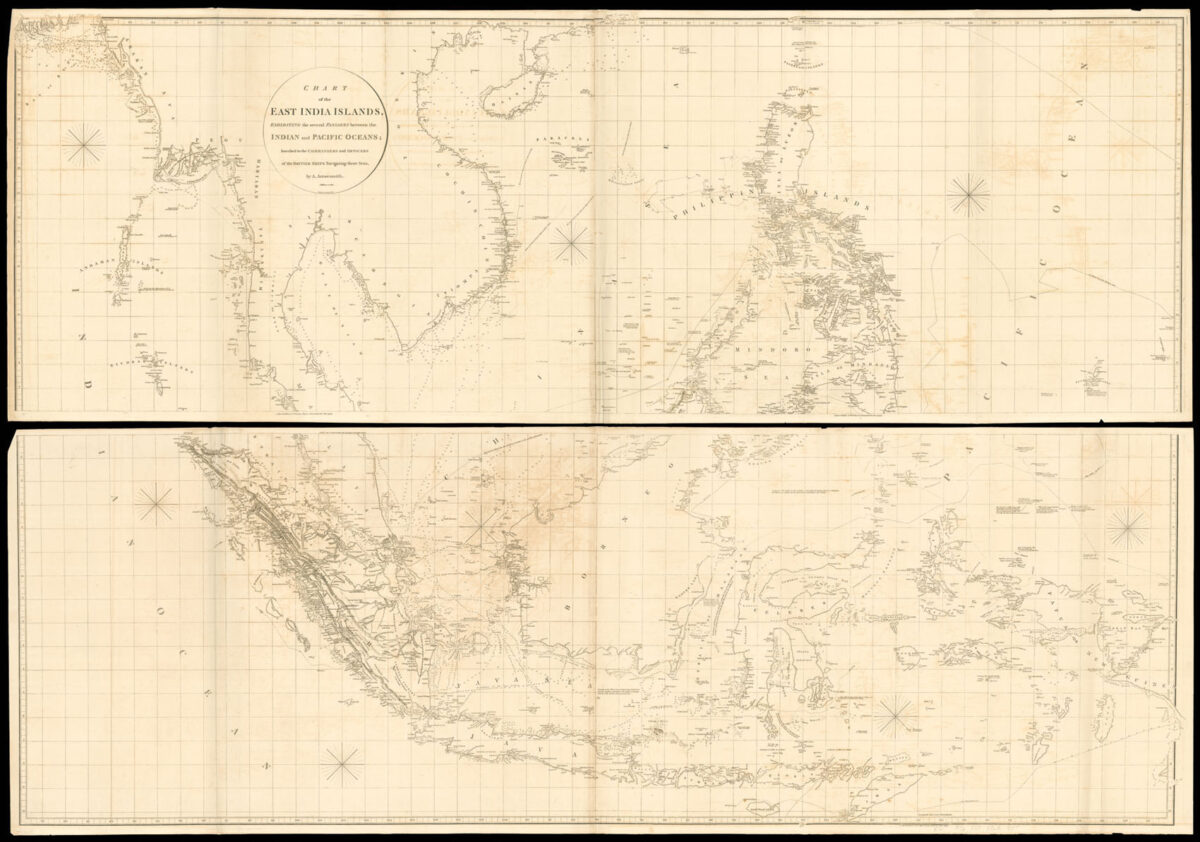 Chart of the East India Islands. Exhibiting several passages between the Indian and Pacific Oceans; Inscribed to the Commanders and Officers of the British Ships navigating those seas, by A. Arrowsmith.