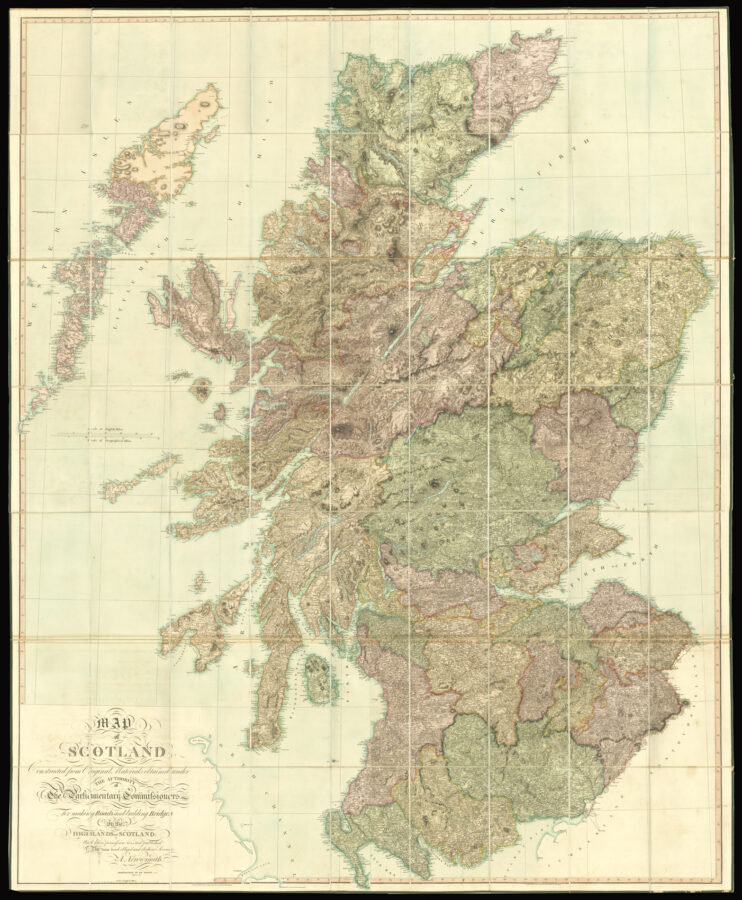 Map of Scotland Constructed from Original Materials obtained under the Authority of the Parliament Commissioners for making Roads and building Bridges in the Highlands of Scotland; with whose permission it is now published by their much obliged and obedient Servant A. Arrowsmith.

Aaron Arrowsmith’s map of Scotland was first published in June 1807. Drawn upon a scale of 4 inches to the statute mile, it would become the standard outline of Scotland for the next 50 years. The Memoir accompanying the map lists the range of sources consulted, over 100 maps in all, including the unpublished Military Survey map by Captain Roy of 1754, the latest estate and county maps, and marine charts. Although at the same scale as the eighteenth century maps by John Dorret and John Ainslie, the map includes more place names than any earlier map of Scotland. As well as being reissued by Arrowsmith’s sons, the map was used as a base-map or source document by many other mapmakers.