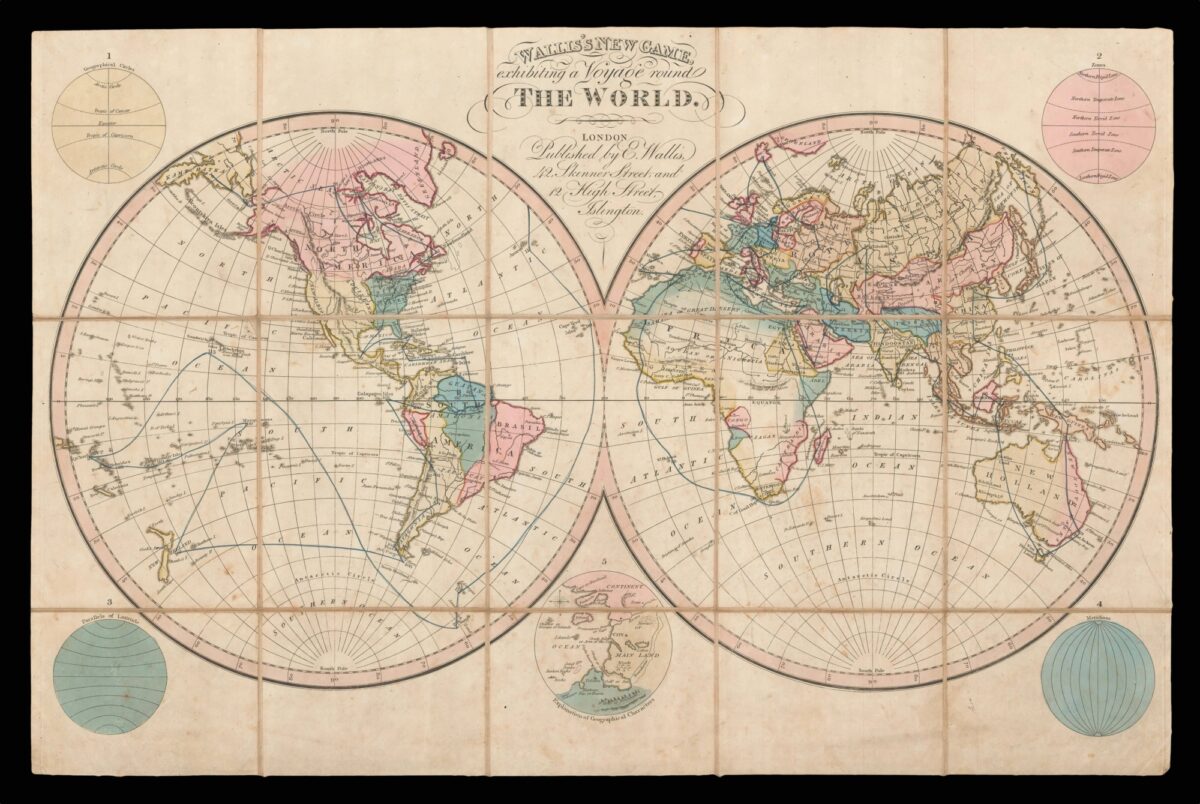 Around the world in eighty days

Wallis’s Complete Voyage Round the World. A New Geographical Pastime.

A re-issue of the first edition of Wallis’s double-hemisphere map game. Players begin in Portsmouth and journey to London by way of Iceland, Europe, Africa, Asia, and the Americas, before returning home via New Zealand, traversing 100 stops in total, each with accompanying commentary on the specific stop. Caution must be taken at particularly perilous points, such as the Magellan Straight where ​“the traveller is shipwrecked, and thereby loses his chance of the game”, while other stops offer a chance to see the sights, including the ​“famous pyramids” in Cairo and the grand Mosque in Mecca.

The game would prove to be incredibly popular and was published in later additions throughout the the nineteenth century with updates made based on new discoveries — New Holland, for example, only features the city Port Jackson in the present edition while later examples include a slew of new cities and geographic features.