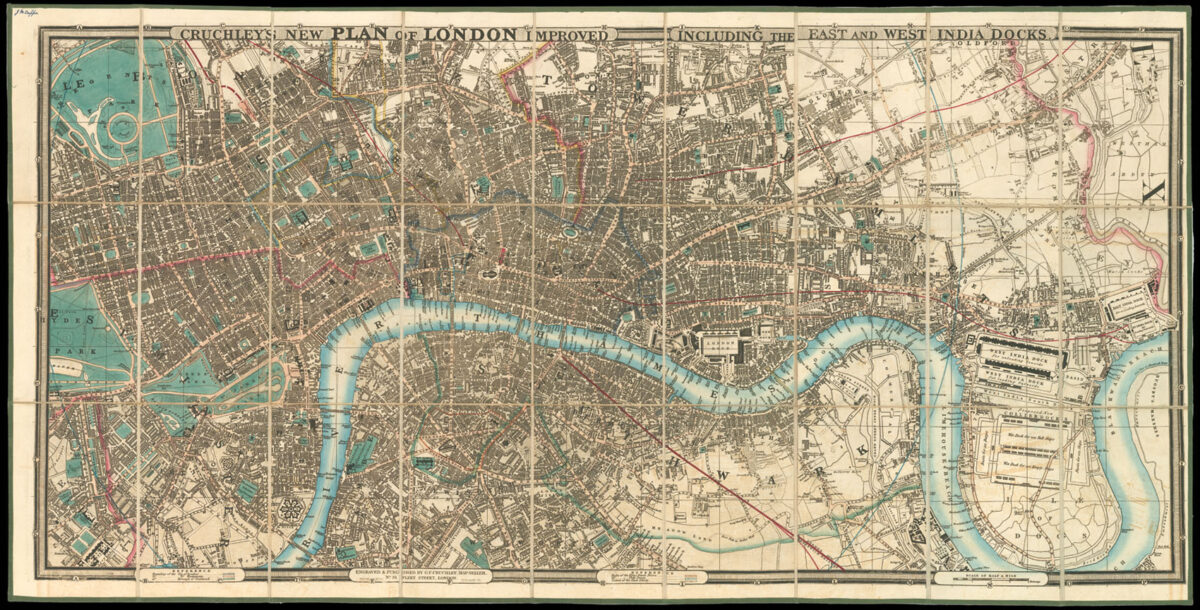 Cruchley’s New Plan of London Improved Including the East and West India Docks.

This is the of his London map, which was updated to 1846. The 1838 edition shows the London Docks ​“and the intended New Docks of Saint Catherine’s with all the New Buildings …” (front cover).