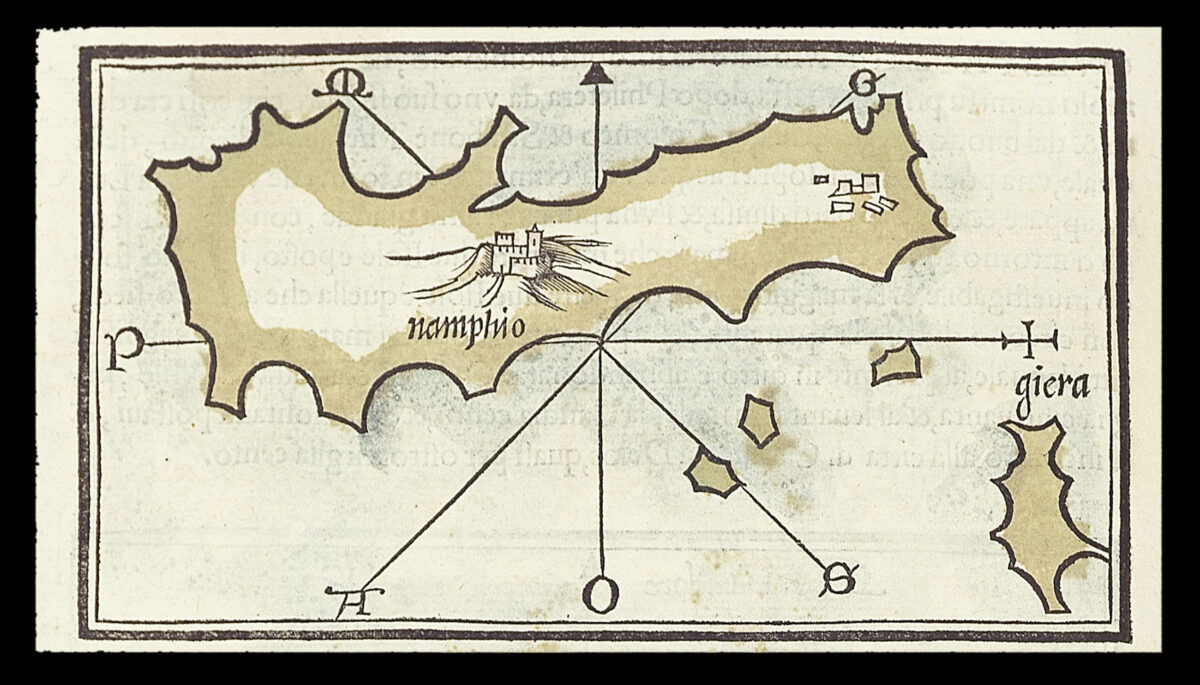 A map showing Anafi and another Greek island.