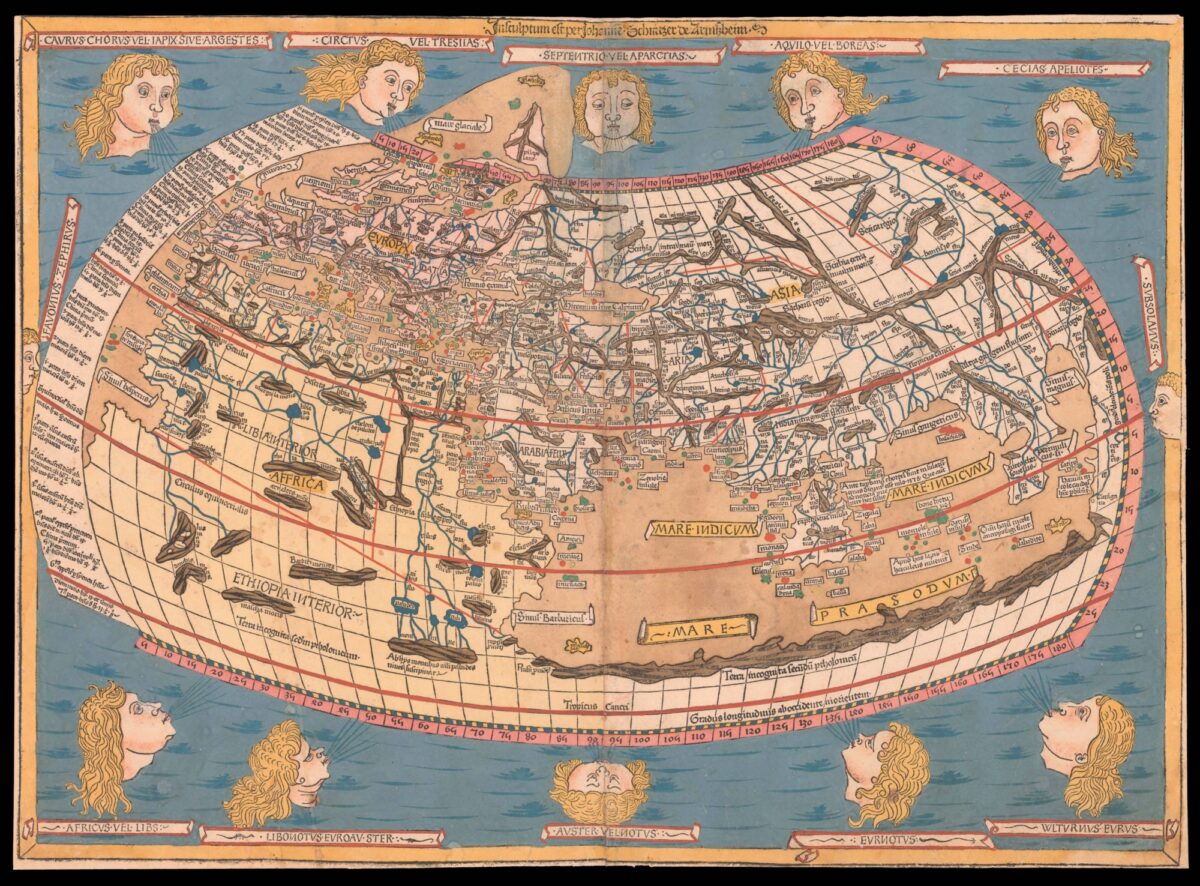 The second printing of Johannes Schnitzer of Armszheim’s map of the world.

First issued by Holl of Ulm in 1482, and showing Greenland and Scandinavia in a Ptolemaic map for the first time. Unfortunately, the exorbitant cost of publishing such a lavish book resulted in Holl’s bankruptcy, and Johan Reger taking on the production in the same city with an edition of ​“about a thousand copies” (Campbell). Remarkably, about 120 examples of the two editions survive intact today. For the 1482 edition, Holl ordered his paper stock from Italy, and used expensive lapis for the blue of his oceans. In this later edition Reger has economised where he could, and the colouring is generally less extravegant. After more than 500 years, what was once presumably a purple wash in the oceans and seas, has faded to a muddy brown, as is typical of nearly all examples of the 1486 edition. The present example is, therefore, noteworthy for its fine colouring, especially the painterly treatment of the cloud formations surrounding the known world. 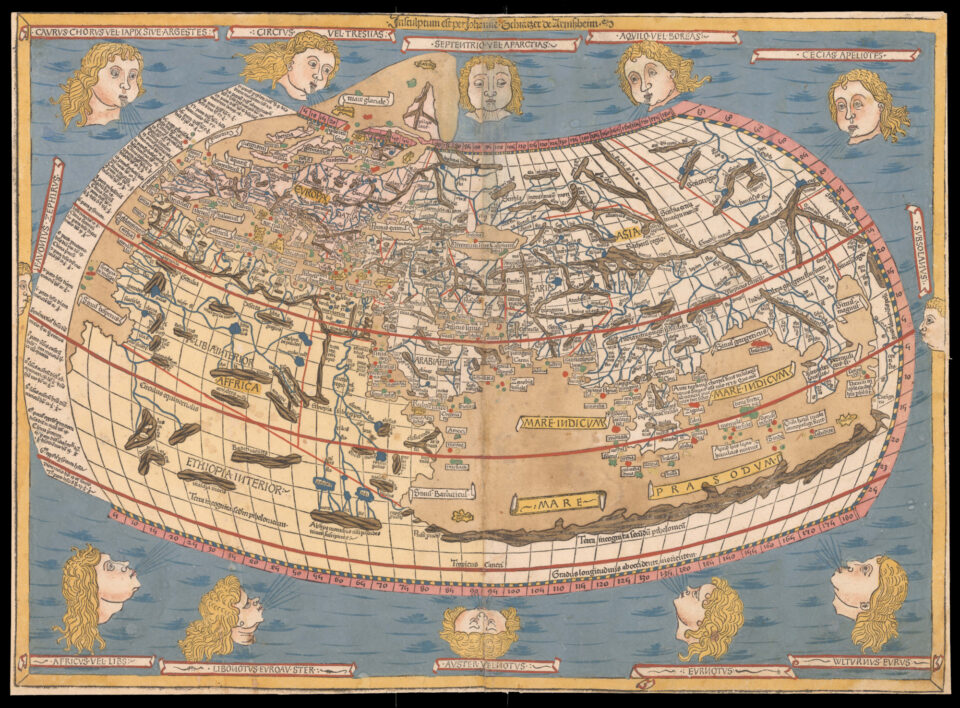