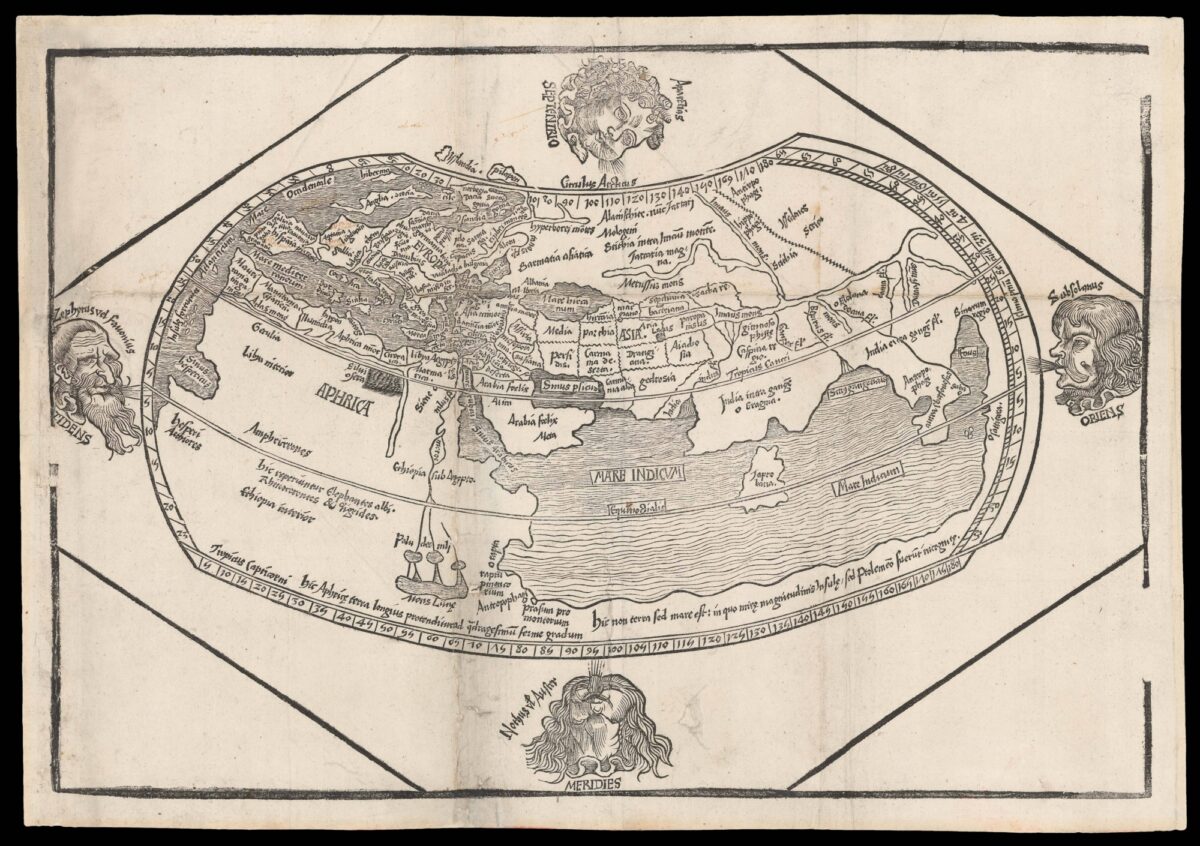 “In 1981, the American dealer Walter Reuben acquired an unusual variant map, believed to have come from a 1504 (Schott) edition of Reisch’s ​‘Margarita’. The map very closely follows Reisch (1), but retains only the four principal windheads, with the windhead at the top centre similarly facing to the right. The oceans, however, are striated in the same style as Reisch (2).

Mr Taliaferro wrote: ​“There is no doubt in my mind that it is pulled from a completely new block rather than one that had been masked or altered”. It seems possible that this unrecorded variant may predate the normal four-headed version” (Shirley).