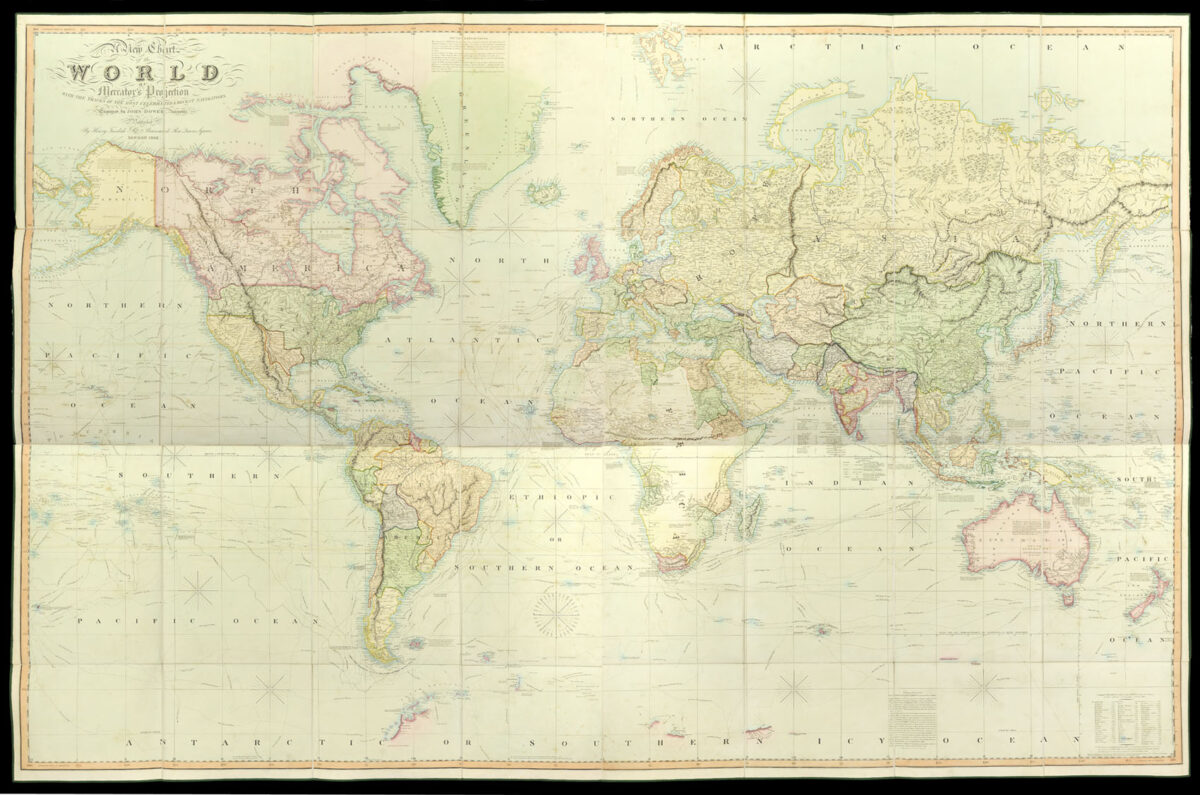 A New Chart of the World on Mercator’s Projection with the Tracks of the Most Celebrated & Recent Navigators. Engraved by John Dower, Pentonville.

One of the first world maps to show Texas as an independent Republic.

A fine copy of this large world wall map. The fledgling Republic of Texas, declared in 1836, is recognised in this edition of the map, while English and American claims to the Oregon territory are noted. The latest additions record Dumont D’Urville’s discoveries of 1840 in Antarctica.