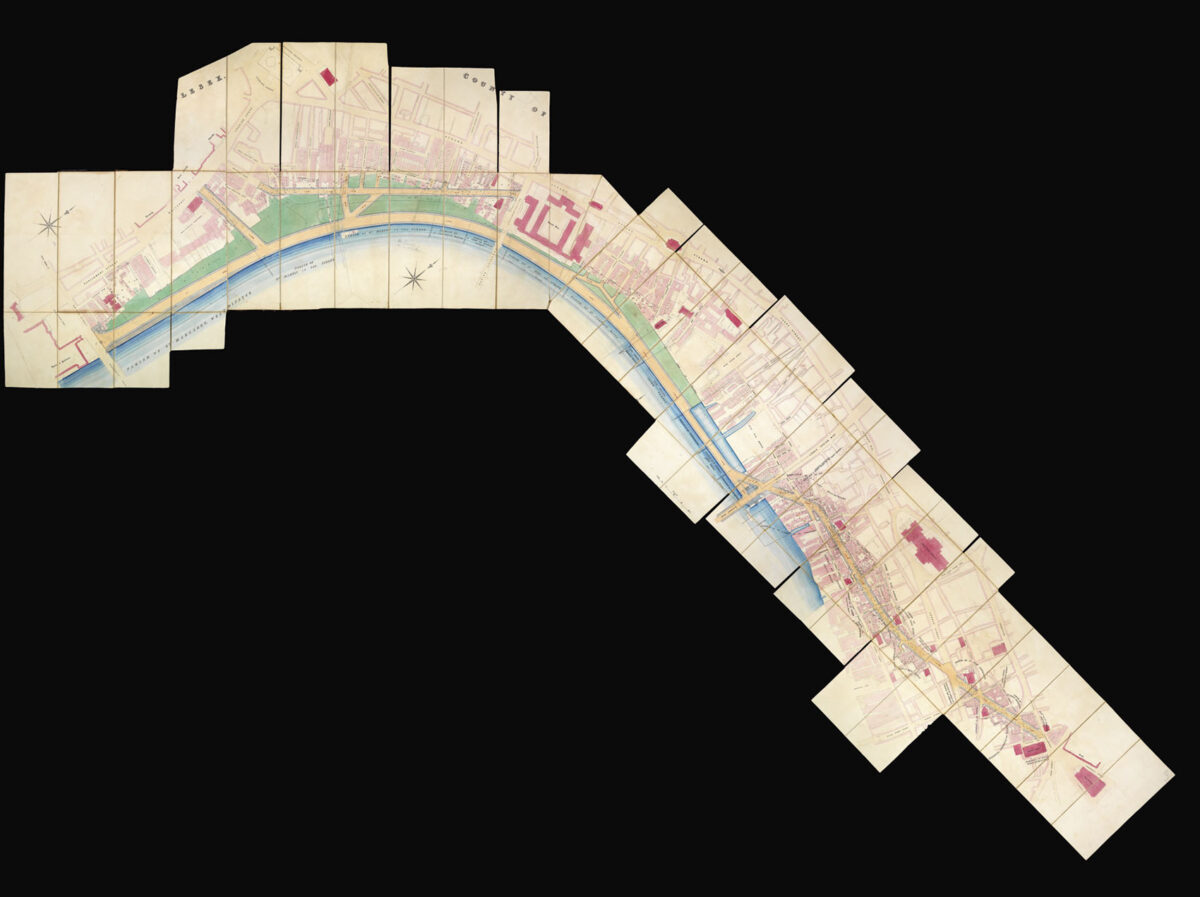 A plan showing the proposals for the building of the Thames Embankment.

Proposals were first put forward to create an embankment along the Thames by Christopher Wren, when he was rebuilding the city after the Great Fire. A lack of finance and conflicting interests prevented this and other subsequent proposals from coming to fruition, until the great civil engineer Sir Joseph Bazalgette initiated his proposals for a sewer network in Central London: ​“the most extensive and wonderful work of modern times” (Observer).

Two new main sewers were to be constructed to intersect with existing smaller sewers. As part of Bazalgette’s plans, an embankment was created along the north bank of the river to cover one of the sewers (Halliday). The chart shows the marshy land reclaimed from the river in order for construction to take place. This removed river access for the buildings like Somerset House that had been built to be accessed by boat. Major buildings are shown in a deep pink, like St Paul’s Cathedral, and some are labelled in Gothic script. Smaller buildings are shaded in lighter pink. The proposed path of the embankment and the road running along it to join up with existing roads in the city is shown in a light tan colour. The plans for the newly rebuilt Blackfriars Bridge were adjusted to intersect with the new road, as shown. Next to Blackfriars Bridge is the planned route of the centreline of the Metropolitan extension of London, Chatham and Dover Railway. The Railway bridge was designed by Joseph Cubitt and was used until 1985 — after the bridge was declared unsafe, the distinctive red pillars remained alongside Blackfriars Bridge. Some of the green sections closed off by the new road were turned the public gardens along the Embankment: Temple Gardens, Victoria Embankment Gardens and Whitehall Gardens.

The plan is an extraordinary feat of chartmaking. Under close examination, it is clear the entire plan is drawn, lettered, and coloured by hand, with scarcely believable accuracy and precision. It seems probable, given that the case is labelled ​“Sess. 1861–2”, that it was produced for the second reading of the Thames Embankment Bill, which took place during the 1861–2 Parliamentary Session, to give an indication to MPs of the nature of the plans: possibly at the instigation of Joseph Bazalgette himself. The Bill faced opposition because of the proposal included for a private railway to be built on the embankment with public money, and over the question of how the funds for it were to be raised. It appears to have been amended to show different potential routes for the road built as part of the plan, and to show how many buildings would have to be destroyed: all questions raised in the house (Hansard).

We are unable to find any other maps produced for the construction of the embankment. A plan for the embankment on the south side of the river with corresponding report is held by King’s College London. 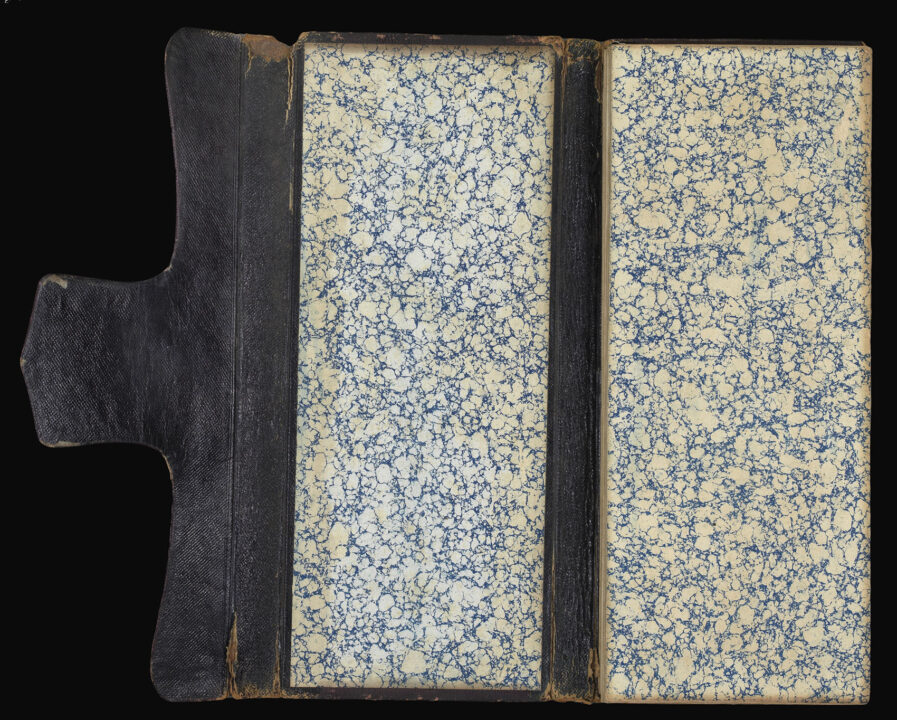