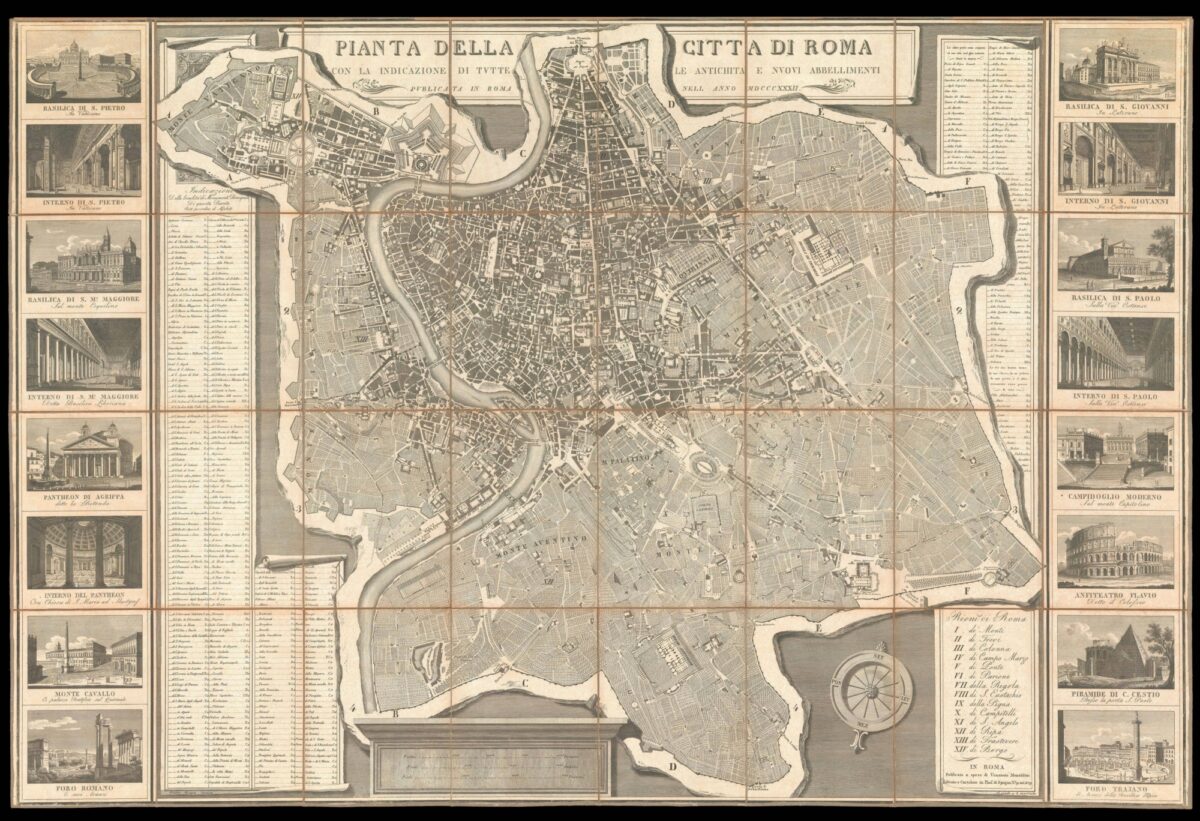 A decorative plan of Rome based on Nolli’s great plan of 1748.

The plan shows the city enclosed by the Aurelian Walls and, after Piranesi’s invention, it is displayed as if carved onto a stone and affixed to the wall. The plan is flanked by an index of important places and by 16 vignettes showing elevations and interiors of churches and monuments, including St Peter’s Basilica, the Pantheon, the Colosseum and the Pyramid of Cestius.

Pietro Ruga (1772–1824) was a prominent engraver of ancient Roman architecture and Roman city plans.
Venanzio Monaldini was a bookseller and publisher based in Piazza di Spagna. His work consisted of several plans of Rome in ancient and modern times printed largely for the foreign visitor.