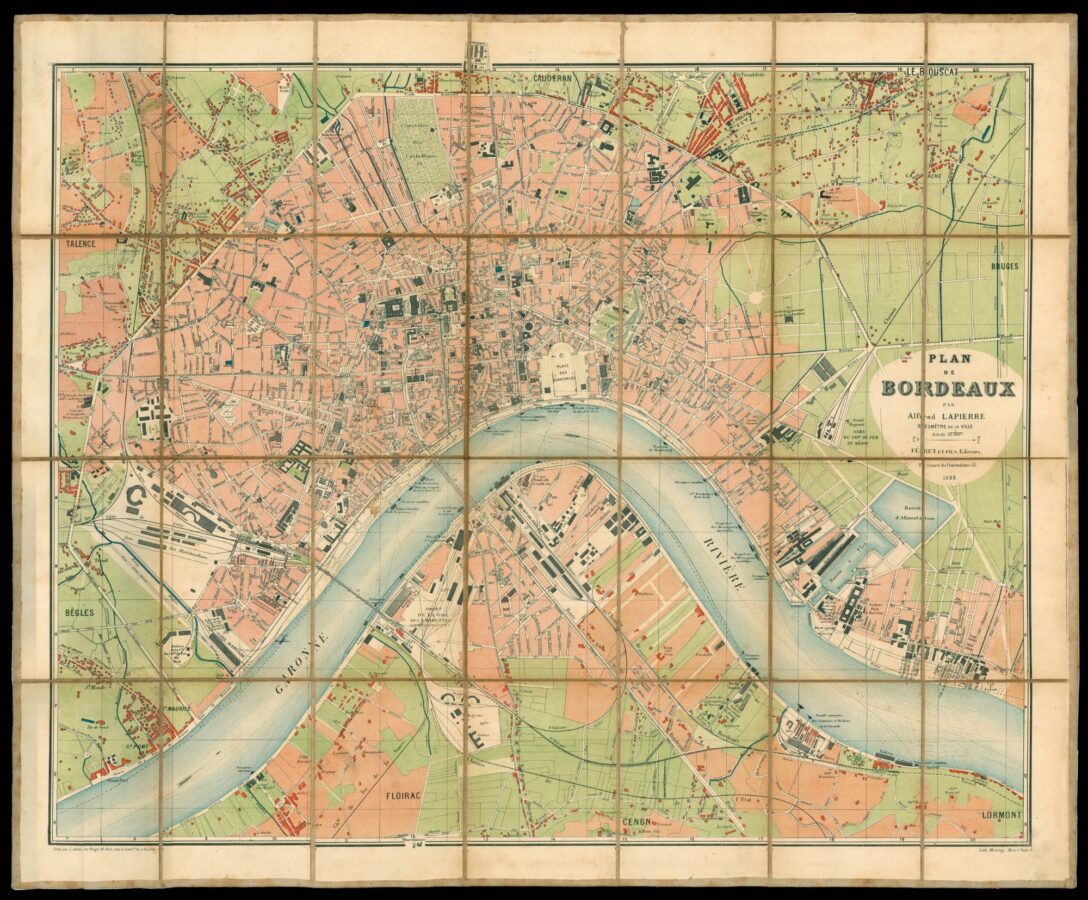 An attractive plan of Bordeaux

A map of the city of Bordeaux. Bordeaux had enjoyed an architectural renaissance over the late eighteenth and early nineteenth centuries, fuelled by wine exports. The map was made thirty years after the first official classification of Bordeaux wines, initiated by the Emperor Napoleon III, and viniculture remained the economic backbone of the region.

The accompanying booklet contains a list of street names both in Bordeaux and in the suburbs and their location on the map, a list of industrial and government buildings, and adverts for local businesses.