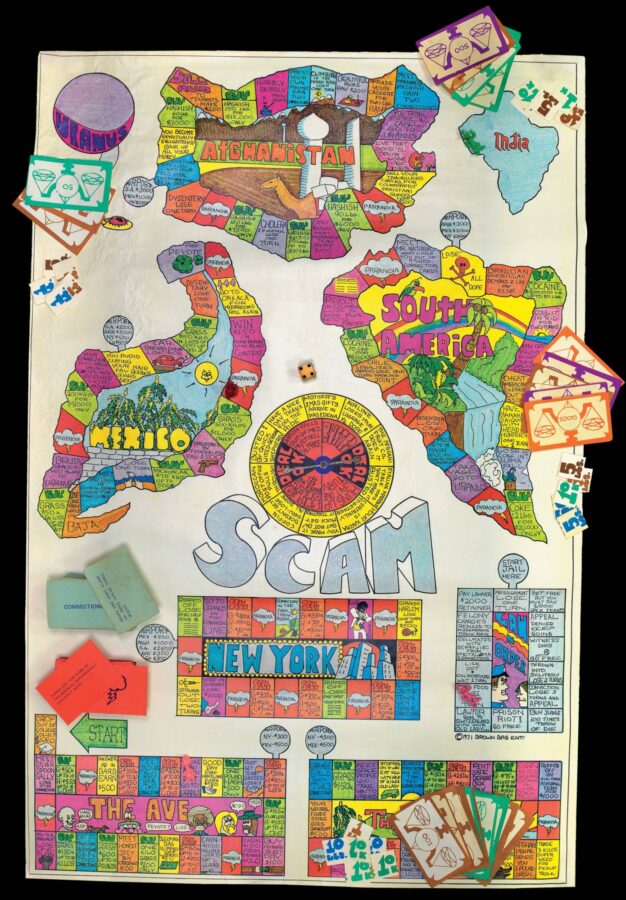 ​“Generally Scam goes like this: you begin on the drop out of college square and keep moving around the Ave until you have collected enough money and Connections to get off the Ave. You then work The County and New York until you get enough money to put together a smuggling Scam. That involves Flying to Mexico, Afghanistan or South America, buying dope, smuggling back to the States, and selling in New York (where there’s more money) or in the County (where there’s less Paranoia). To win the game you have to make One Million Dollars. If any of the following rules seem vague, unclear or stupid, feel free to change them to suit yourself.“

The map features maps of Afghanistan, India, Mexico and South America, with a cameo appearance by Uranus in the upper-left corner. New York, The Ave and The County appear as squared diagrams.

Given the game’s obscurity, we are unable to find a standardised list of the components. The present example appears to have been augmented with ersatz money, cards, dice and playing pieces borrowed from elsewhere. The aggregation may or may not constitute a complete set, however it certainly provides more than enough to play with. 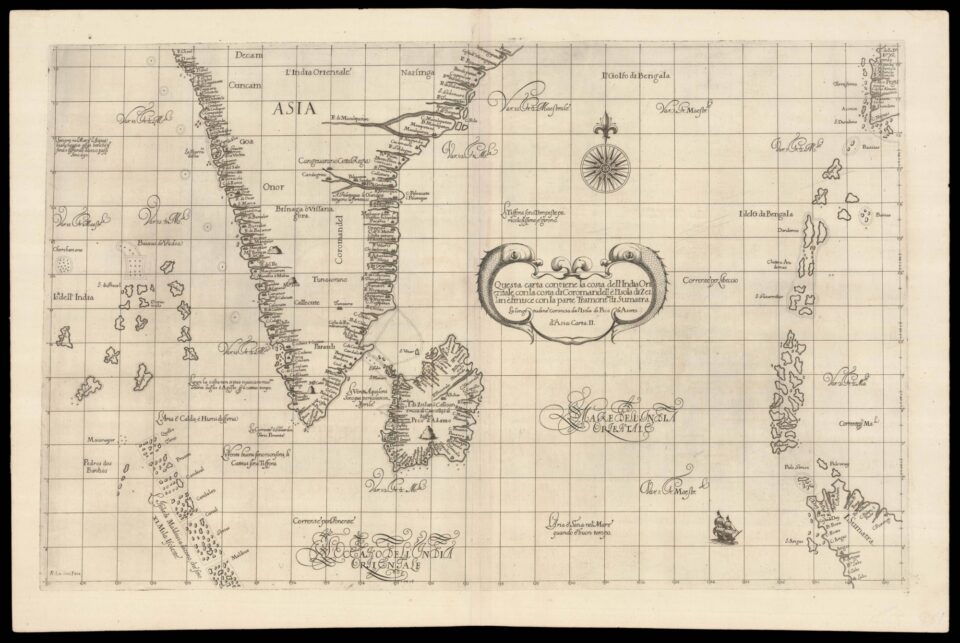