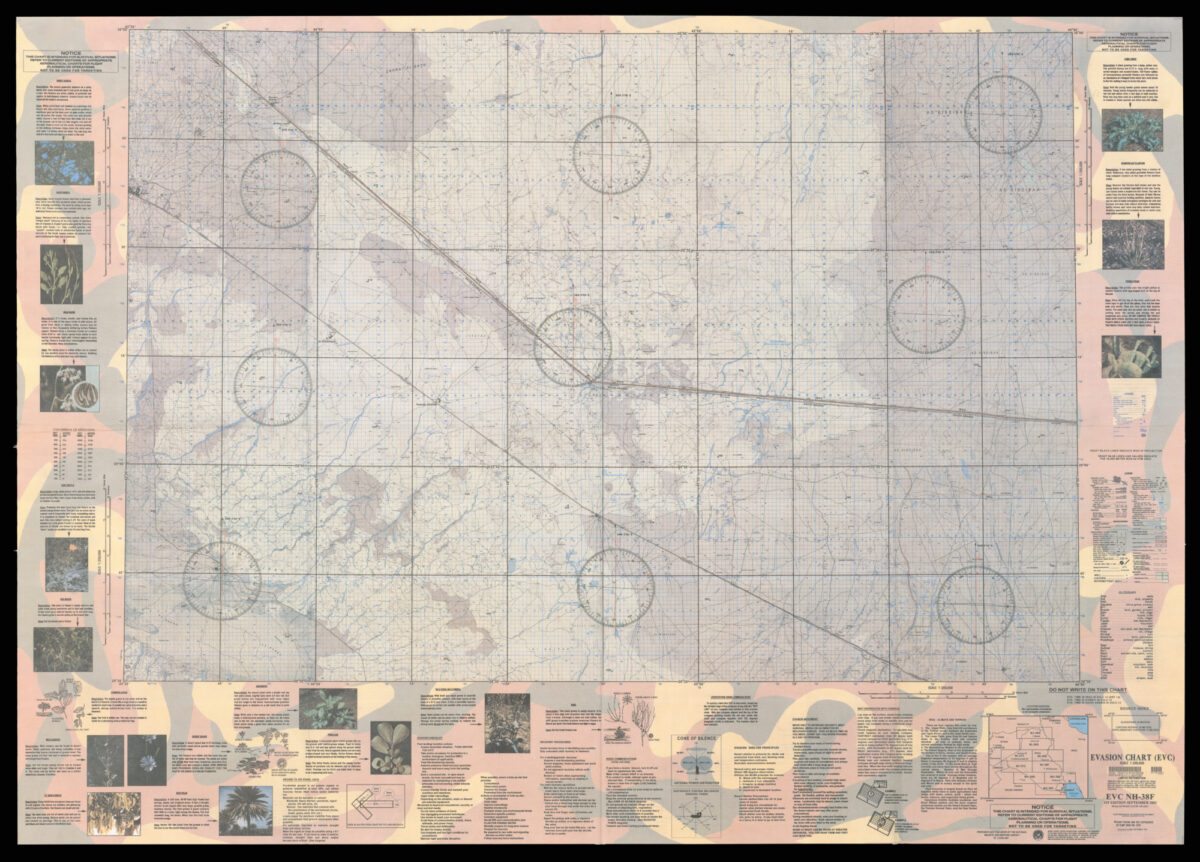 A rare and interesting map of Iraq, Kuwait and Saudi Arabia issued to US military personnel during the Second Gulf War.

On September 12, 2002, the newly elected US president George W. Bush addressed the United Nations, urging its members to confront the ​‘grave and gathering danger’ posed by Iraq. Arguing that the country was producing weapons of mass destruction and supporting terrorist groups such as al-Qaeda, President Bush emphasised the need to remove the threat. The following month, Congress authorised him to use military force to this end, and in March 2003, he launched an invasion of Iraq with the support of British Prime Minister Tony Blair. From 2003 to 2007, the American and British armies defeated the Iraqi forces and removed the incumbent government led by Saddam Hussein. With violence diminishing from 2007 onwards, the military presence was gradually reduced until the complete withdrawal in 2011

During the early years of the Iraq War, the conflict played out in the areas surrounding the Persian Gulf. The present map, or ​“evasion chart”, outlines a wealth of crucial information required for survival in this region, including a list of ​“environmental hazards”, diagrams of celestial and solar navigational aids, and photographs of the flora and fauna that might be encountered. The central portion is dominated by a large map, set on a grid showing longitude and latitude. Significant topographical and geological features are identified, as are national borders, and roads of variable qualities are represented by different lines. A notice in the border states that ​“this chart is intended for survival situations. Refer to current editions of appropriate aeronautical charts for flight planning or operations. Not to be used for targeting”.

Appropriately, the map is set against a camouflage background. It is printed of tyvek, a durable and waterproof material that could be used for shelter or water collection in an emergency. From its formation in 1996, the National Imagery and Mapping Agency was responsible for generating accurate maps and geospatial data with the aim of resolving international border disputes. After the 9/11 attacks, the Agency took on the additional responsibility of producing cartographic material on Iraq and Afghanistan to further America’s campaigns in those countries. In 2003, it was renamed the National Geospatial-Intelligence Agency, and continued to work in support of the United States’ military endeavours in the Middle East.

The present example is a first edition, published in September 2002, which suggests that plans for an invasion were well underway by the time that Bush declared his concerns to the United Nations. It is not known how many copies of this map were published, but its nature inevitably entailed that the majority of them were damaged through use, lost or destroyed. It is therefore a notable survival, providing valuable insight into the experience of American soldiers on the ground in Iraq during the Second Gulf War. 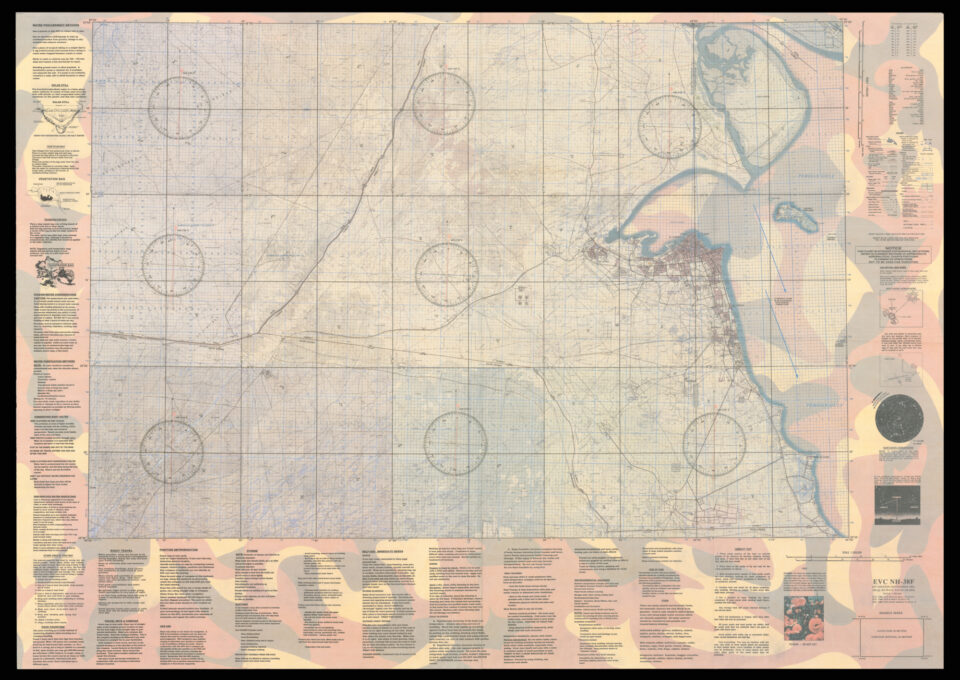